My late friend Carol SelvaRajah was honoured today with a Medal of the Order of Australia. It is heartwarming to see other women of colour being recognised in the Australia Day awards this year. Here is a story I wrote a few years ago, to honour her.

I was running a little late for my appointment with Carol SelvaRajah, one of Australia’s leading exponents of Nonya and Malaysian cooking.
When I arrived, she was on the phone to her brother, Dr Abel Arumugam, who lives in Malaysia. She opened the front door, waving me in, while continuing with the instructions for chicken rendang.
“After you’ve marinated the chicken in the paste, fry it until coloured on both sides, then add the coconut milk.”
“Stand there and stir it.  Be very careful not to let it boil or catch on the bottom.”
She repeated both instructions, speaking clearly and firmly. 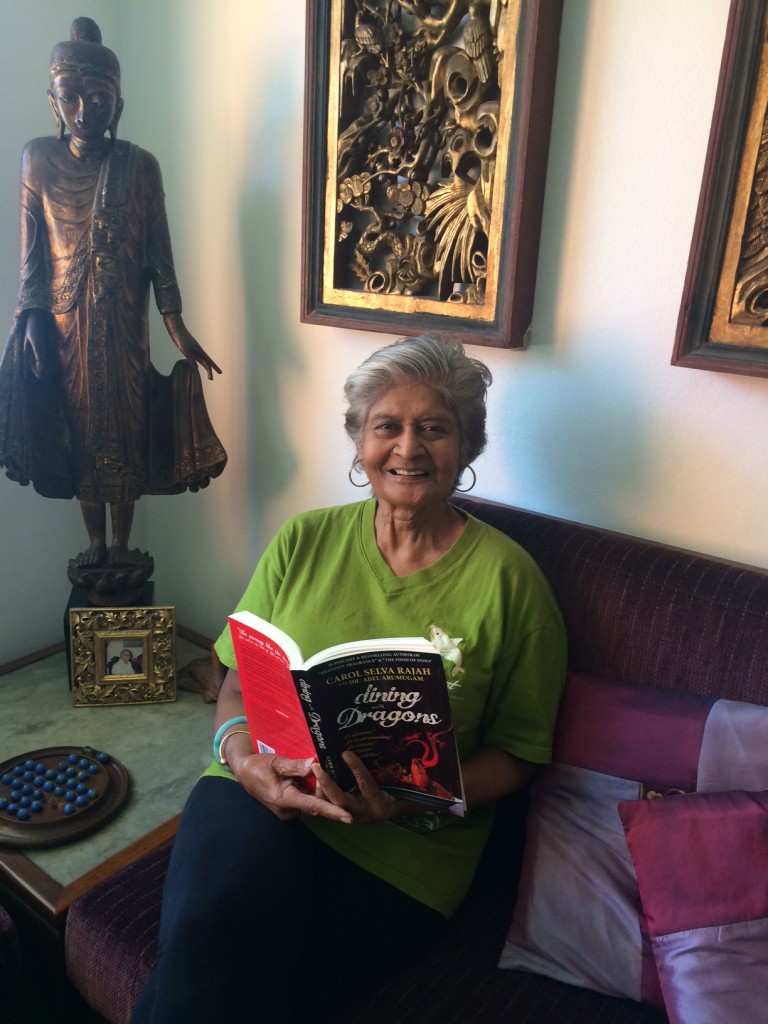 Rendang is a rich, spicy dish of 17 herbs and spices with dry roasted coconut and a dark soy sauce and typical of many of the dishes she cooks and has written recipes for. Traditionally it is made with tough old buffalo meat, simmered for eight hours and served for special occasions like village festivals and weddings. The chicken rendang her brother was making is a simplified, though very tasty, version.
I’ve known Carol for over 25 years and been privileged to be taken by her on exotic food tours of Cabramatta, a lively Asian suburb in western Sydney, and on a fascinating Nonya food tour to Penang and Malacca in Malaysia. 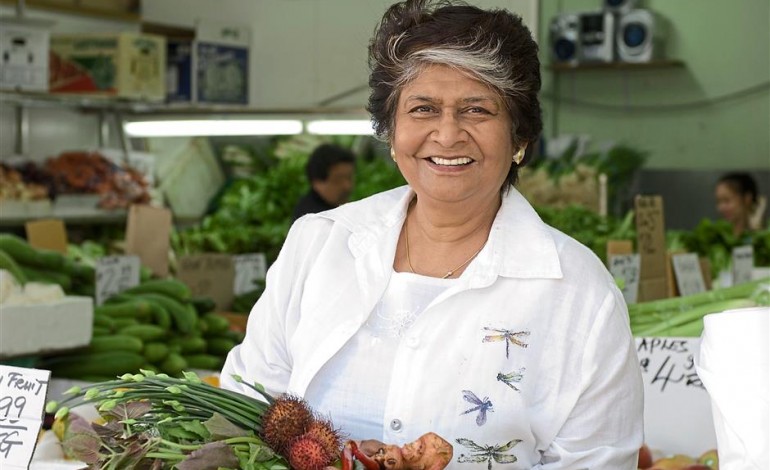 Carol on one of her Cabramatta food tours

I’d come to chat with her about her remarkable new book, Dining with Dragons, co-authored with her brother, Abel.
Unlike her previous 14 cookbooks, this one is a memoir of stories about her family, migrating to Australia, and her extraordinary ‘amah’ Kim, a peasant from the Pearl River area of China who risked life and death to reach Singapore.
“My ‘amah’ was my personal nanny but moved to help out in the kitchen during the war,” she said. 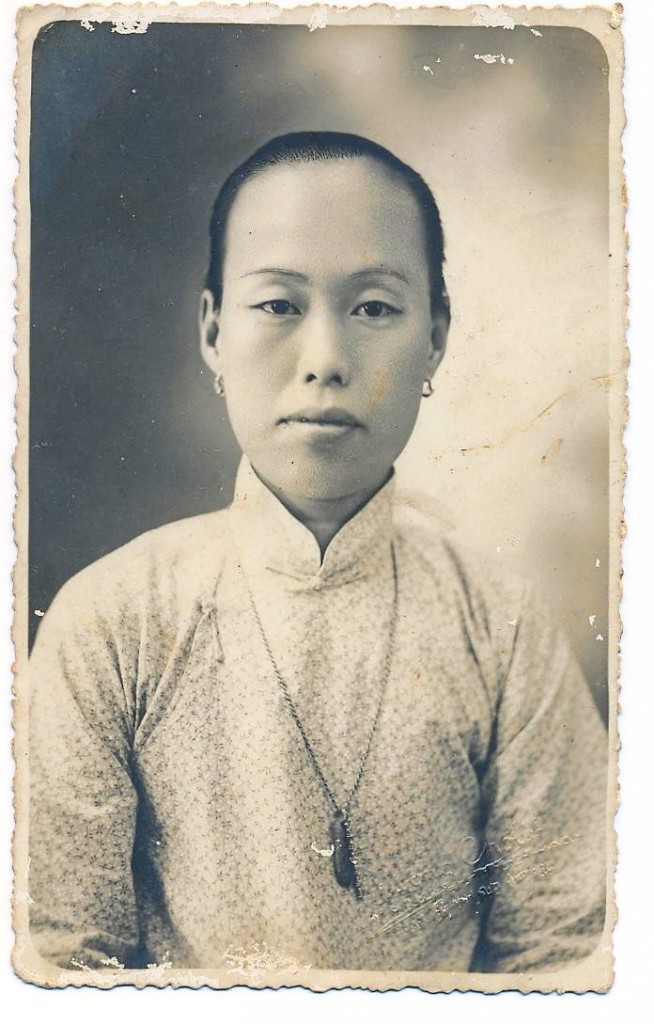 “I was constantly in her company and used to sit and watch her in the kitchen. I was taught to help with basic things like squeezing coconut milk. It was fun.
“My mother didn’t cook. She was a teacher and hated kitchens because she’d had the worst years of her life helping in the orphanage kitchen from the age of three.”
Carol inherited her mother’s teaching abilities and when she moved to Australia with her family in 1975 got a job at PLC Armidale teaching Asian studies to senior students for the HSC exams when it was a subject at school level.
“One of the reasons I wrote this book was to show the world what real multiculturalism was all about, living among neighbours who were of many different ethnic backgrounds: Malays, Chinese, Indians, Punjabis, and always running in and out of each other’s homes and sharing their food and their festivals,” she says.
Carol’s ‘amah’, Kim, was born in the year of the dragon.

“The dragon has always been a symbol of strength and fire and is tenacious and ambitious. My mother, who was an orphan, always thought of her mother as a dragon.
“Quite a few of the women around me were dragons. They breathed fire into my life. They planted a taste sense that eventually flared into my passion for food – its history and culture, my love of cooking and sharing food, treating it as comfort, love and, most of all a heritage to cherish.  A few of these dragons are long gone, but others will recognise themselves here.” 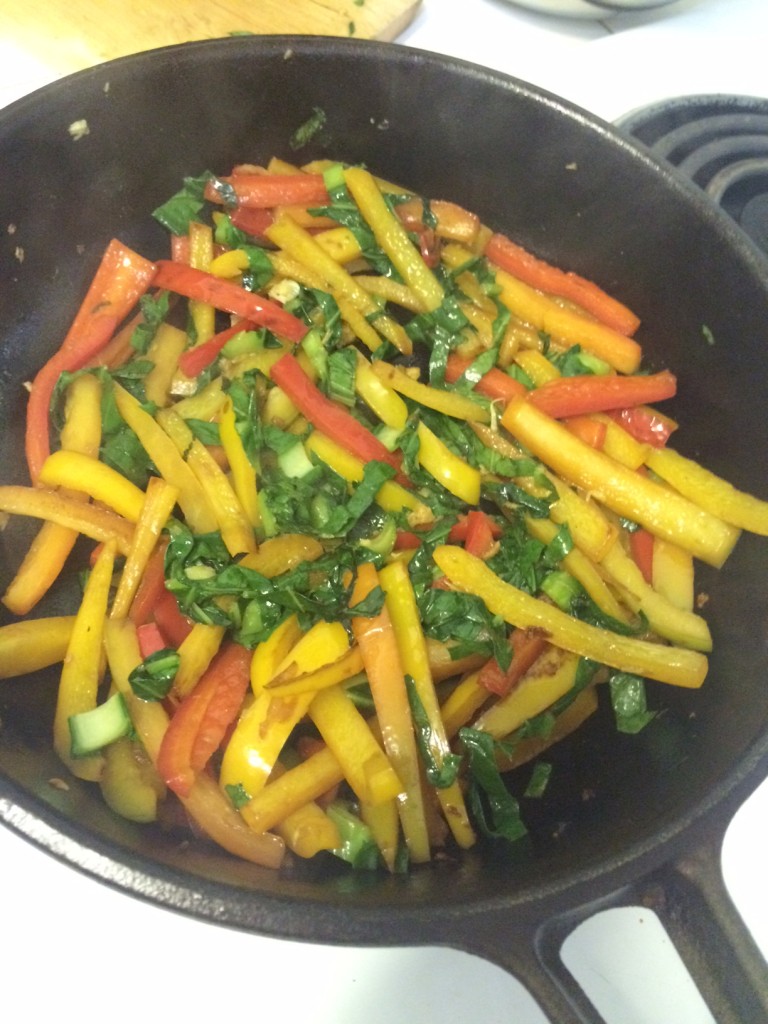 “And she always used a cast iron wok.”
“She used a variety of sizes depending on the dish which might be noodles, a stir-fry or a curry or rendang.”
The Chinese took the woks with them wherever they travelled and in the early days it was the iron woks that they used.
Carol herself uses cast-iron cookware and is a big fan of SolidTeknics AUS-ION cookware.
“I was really worried when aluminium and teflon-lined woks and pans were introduced,” she says.  “Aluminium is not safe to cook with. Nor is teflon once it’s scratched.”
The SolidTeknics AUS-Ion woks and pans were launched last October by the entrepreneurial food-loving engineer Mark Henry and are similar to the best French sheet iron/steel restaurant pans, but with significant improvements for greater performance.
Carol showed me how she seasons her pans — not with oil, but with desiccated coconut. 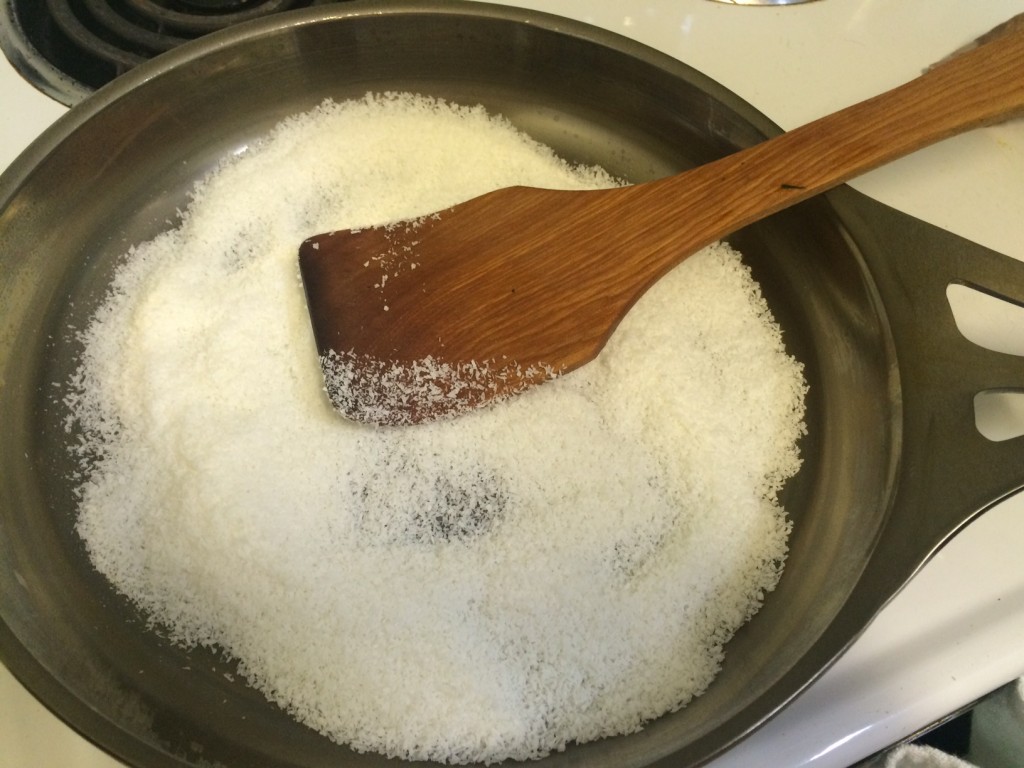 “I do it the way my ‘amah’ showed me,” she says.  “She used fresh coconut, but the dry version is a good substitute.  I throw about half a packet of desiccated coconut into the pan, then put it on medium-low heat on the stove top.  I keep stirring until it turns dark brown and toss it out before it burns.  at this stage you will notice that coconut oil is released  in small amounts to slowly season the wok . When the process is repeated three times the wok is truly seasoned.. .
“I started using the AUS-ION pans three years ago and I loved the way they performed. They heat up quickly and are safe at high temperatures. I can also leave a curry on low heat in one of the woks and just stir it occasionally.
They’re the sort of cookware she feels confident about passing onto her daughter Anushiya and grand-daughter Sara: more generations of strong, fiery dragons in the making.

Postscript:
Unfortunately, an Australian Christian publisher, Ark House Press,  has illegally printed and sold copies of Dining With Dragons.
“Their unauthorised version contains many errors. This is the first time in my entire career that someone has done this to me,” Carol said.
She requests readers to purchase from Akasaa Publishing, the authorised publisher of Dining With Dragons. Place your orders at www.akasaa.com or write to info@akasaa.com”

The following recipe for Inche Kabin (Double-fried Crispy Chicken) is a typical  Nonya taste experience from Penang, and a favourite of Carol’s ‘amah’. It is best cooked in a cast iron wok.

Combine all spice paste ingredients in a bowl; add chicken and mix well with fingers to allow chicken to marinate in the paste for 4-5 hours, covered, in the refrigerator.
Heat oil in wok and deep fry chicken until almost cooked.
Remove pieces and drain well on paper. Reheat oil and deep fry the chicken until golden and brown. The pieces have to be crisp.
Mix together the dipping sauce ingredients.
Serve the hot chicken pieces with a bowl of sauce on the side.

5 Responses to Carol SelvaRajah on Dining with Dragons