Potent, irresistible and ever so smooth.  You might think I’m talking about one of the world’s legendary womanisers, and why not?  Indeed, the 18th century Casanova had a penchant for chocolate.  Apparently he consumed gallons of the liquid stuff and is alleged to have served it in much the same way that today’s playboys hand around champagne. 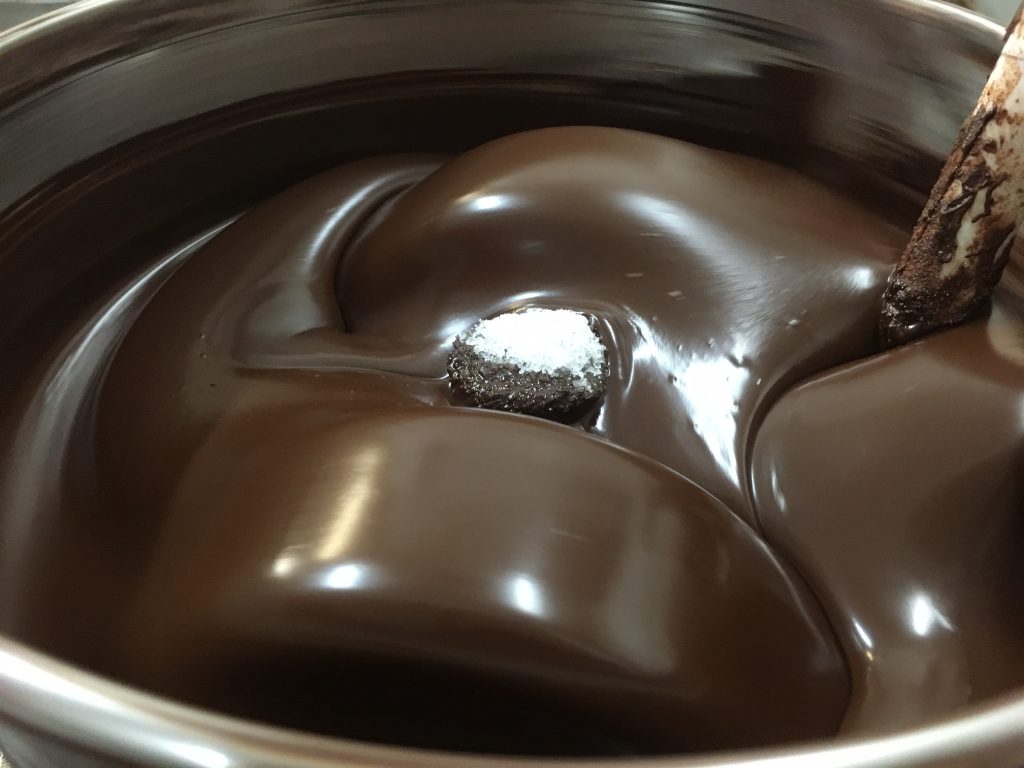 I can’t speak for wannabe 21st century Casanovas, but there is scientific evidence that one of the substances in chocolate is P.E.A (phenyl ethylamine), a chemical that our bodies release when we feel a powerful attraction.  No wonder many people say chocolate makes them feel better, giving them a much needed pickup especially when blood sugar levels are low. Some claim they’d even die for it.
Enhanced amounts of PEA have been found in lovers, though sadly, as time goes by these levels decline.
Chocolate is in fact one of the richest sources of food energy, 100g having 2206kJ/525 Cals.
That’s the problem with chocolate. It’s addictive. It’s  seductive.   This is because, apart from P.E.A., chocolate also contains theobromine, a nitrogenous substance similar to caffeine which has a stimulating effect on the nervous system.  Both substances give you a sense of well-being. The better the quality of chocolate, the more euphoric you’ll feel.
Just ask Cravve food engineer and chocolate maker Peter Mengler, one of Australia’s few cocoa bean importers, whom I visited recently at his Burleigh warehouse on the Queensland Gold Coast. 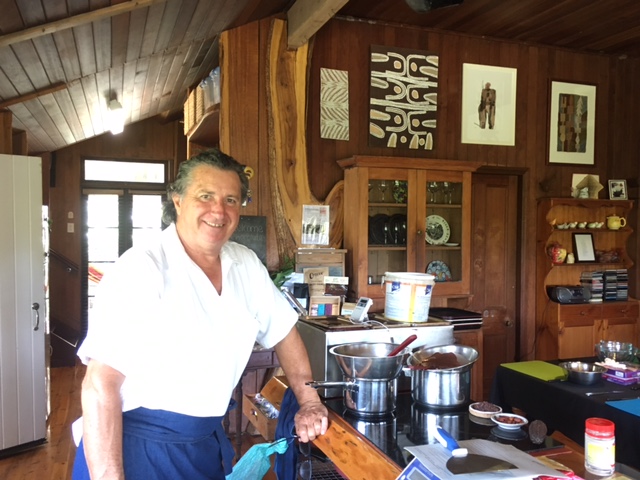 Chocolate maker Peter Mengler at one of his workshops at Bend of the River, Tally Valley, Qld

“A lot of the nuances in wine and coffee are also present in chocolate,” he says. “That’s why the three of them pair so well … berry flavours, nut flavours, even wine flavours.”
He can still recall the taste of the chocolate which set him on his career path over 20 years ago.
“It was made from some beans I was given which came from Marovo Lagoon, near the Solomon Islands,” he said.
“It was really amazing with distinctive lemon-lime flavours, and nuances of almond, hazelnut and macadamia.
“I sent it to a New York reviewer and he called it the King of Chocolates.  It’s still one of the top rating chocolates today.” 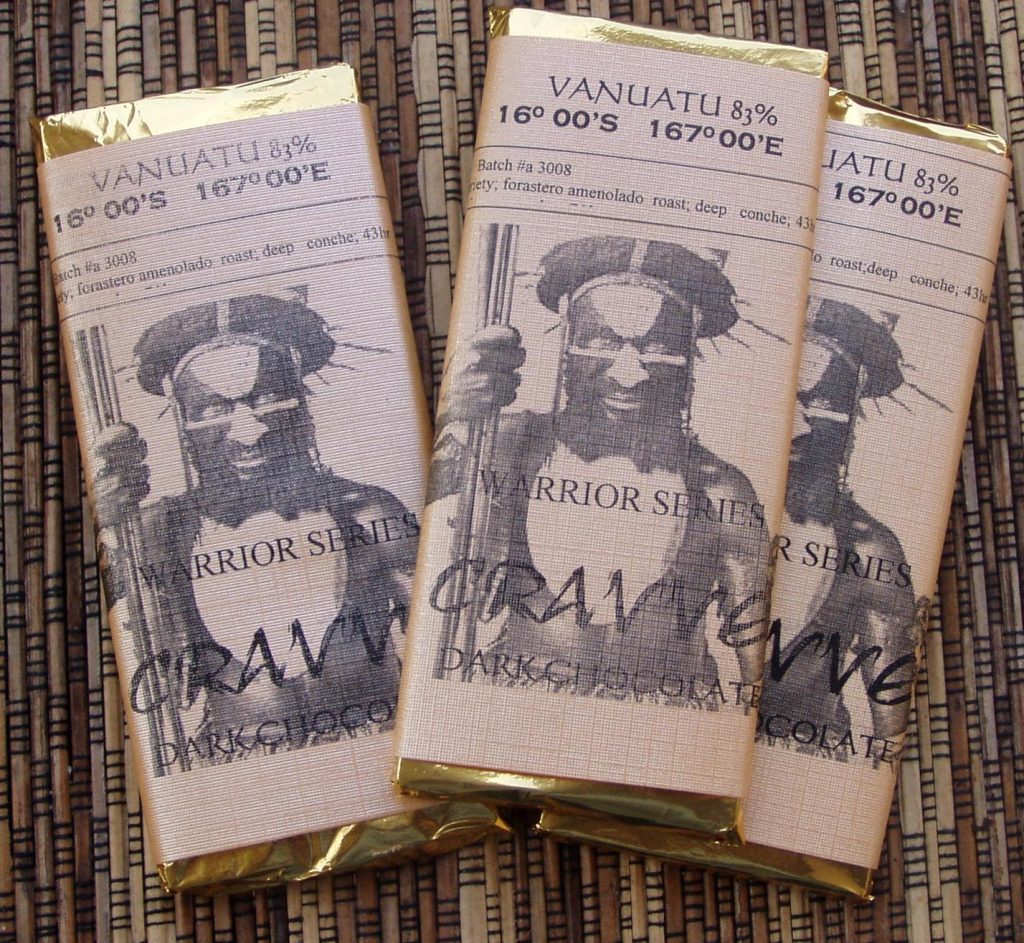 According to Mengler, where the cacao beans are grown makes a remarkable difference to the taste of the final product.
“It’s what the French call terroir. Climate and soil conditions change the flavours immensely,” he said.
For example, beans grown in Far Northern Queensland have tropical pineapple and mango flavours.
“In Samoa you get more fruity almond type flavours. And when you get up into Papua New Guinea … you get everything from strawberry, right through to lemon and lime.”
Another important step in the production of quality chocolate is fermentation of the cacao beans soon after they’ve been harvested.
While many of us associate fermentation with wine, cheese, pickles and sourdough bread, few of us realise how critical this step is.
“The best chocolate is fermented in the same way as wine, followed by an ageing period,” he says. “Chocolate which hasn’t been fermented, or only partially fermented, lacks depth of flavour and richness. 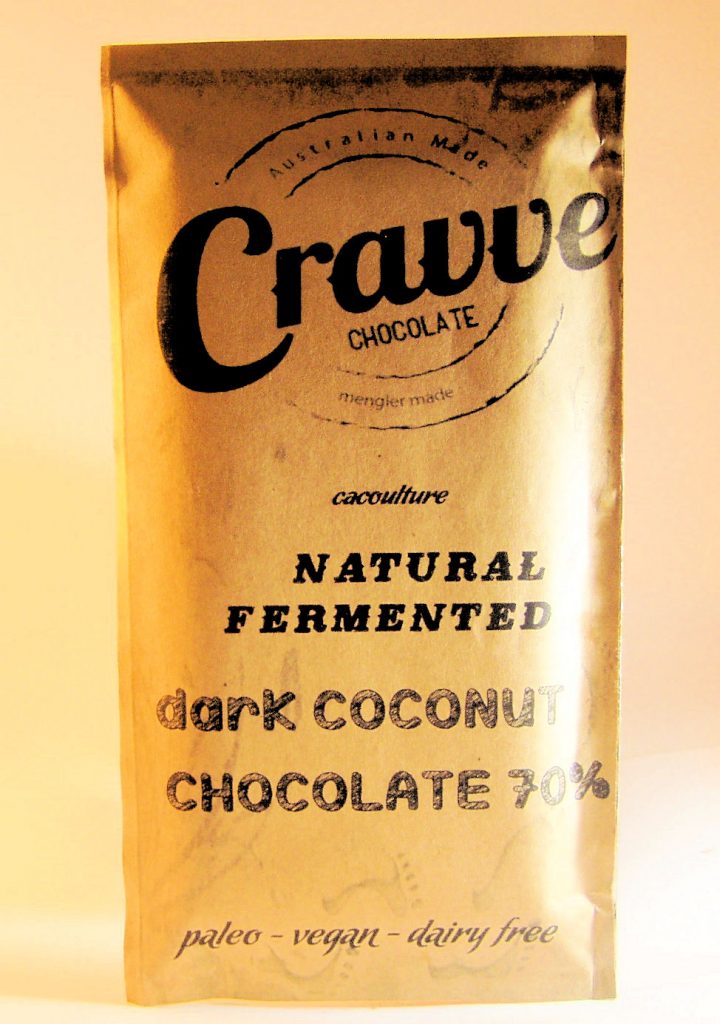 “The process starts with fresh cacao beans being placed in wooden bins for a period of  3 – 7 days. The fermenting period varies depending on the flavours desired by the chocolate maker.
“Generally speaking a shorter fermenting period results in a  more acidic fruity chocolate , whereas a longer ferment produces more nutty flavours or lower acidity.
“After the fermenting process is complete the bins are drained and the beans are spread out for sun drying. This final process takes  3-5 days , then the beans are packed and shipped to the chocolate maker ready for the final processing into chocolate as we know it.”
Which is the stage when Mengler steps in and works his magic, creating his food for the gods. 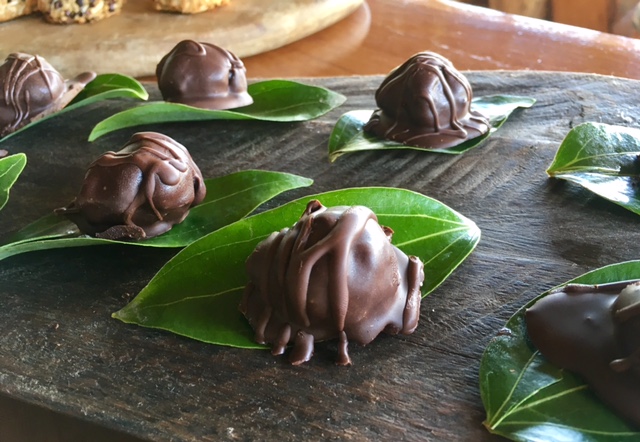 He continues to push the limits with his chocolate creations and is currently working on a sugar-free chocolate, using nuts to provide the sweetness.
“Food is ever-evolving, chocolate’s ever-evolving, it’s a never-ending journey: an Alice In Wonderland thing,” he said. 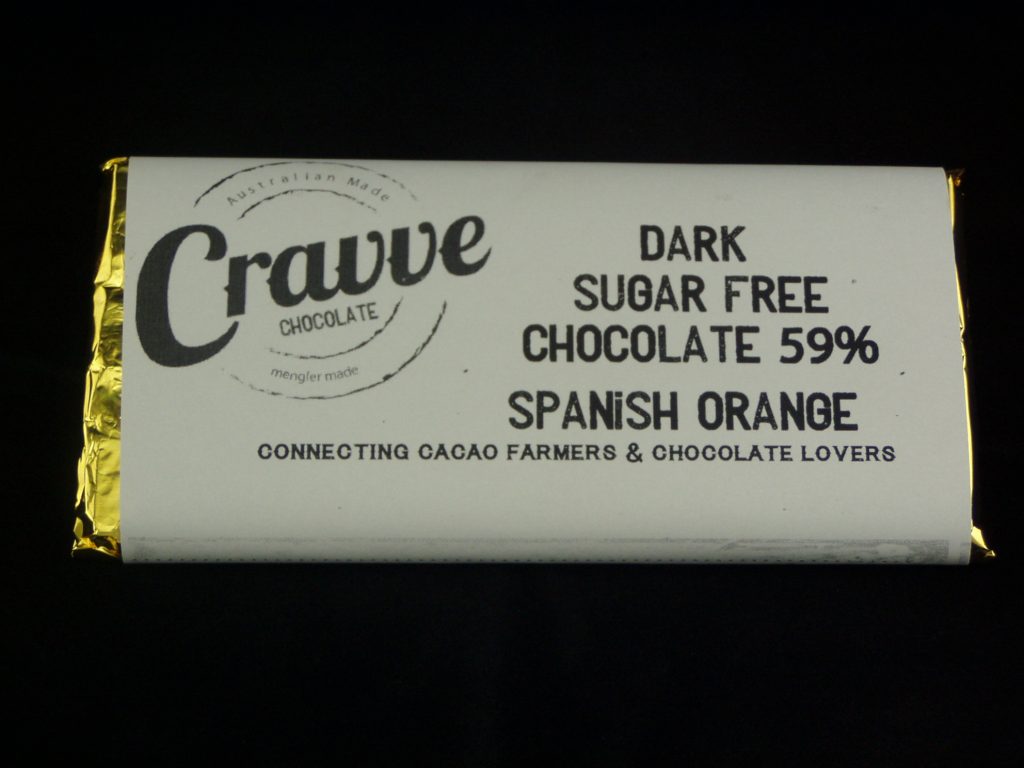 To continue widening his range, Peter is now using exotic tropical fruits from Bend of the River historic farmhouse in Tally Valley, south-east Queensland, in his latest range of dark chocolate truffles.
These include Ketembilla (Ceylon Gooseberry), Davidson Plum, Black Sapote (Chocolate Pudding Fruit) Cinnamon and Lemon Myrtle.
Join him at Bend of the River for one of his forthcoming workshops here. 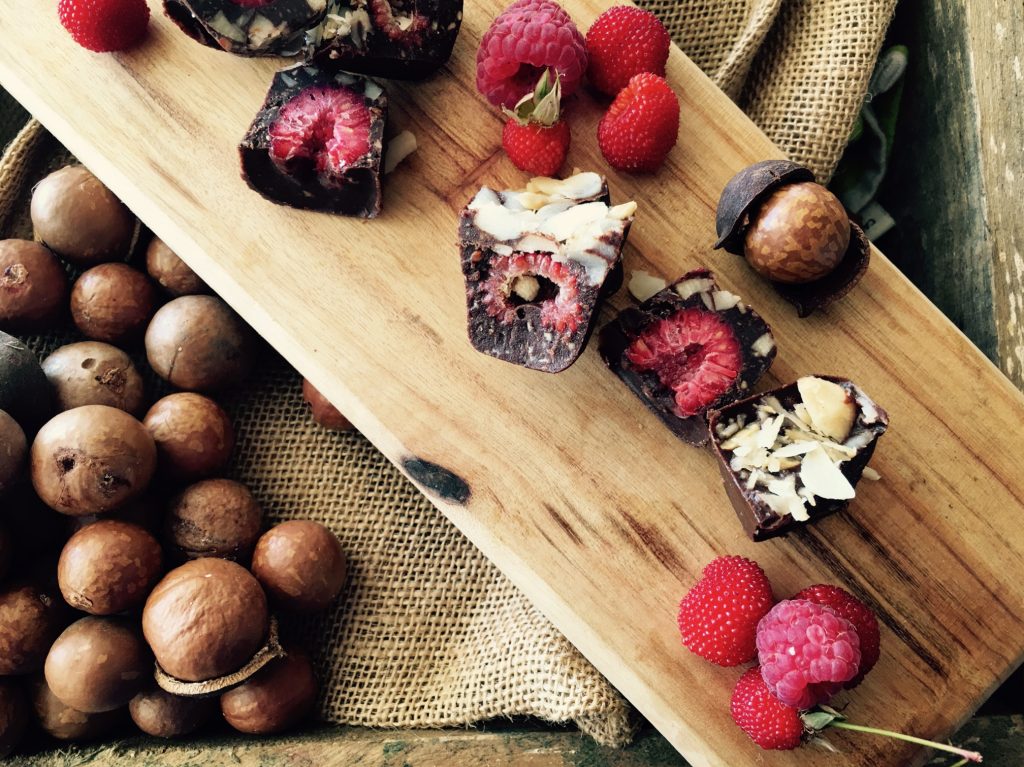 Macadamia raspberry truffles from one of Peter Mengler’s Workshops at Bend of the River, Tally Valley.

Disclaimer: Bend of the River is my family’s property in south-east Queensland.