NAIDOC Week is held in the first full week of July each year. I first published this story on July 9, 2014:

The Aboriginal flag was flying high last Sunday on Bare Island, La Perouse, at the beginning of NAIDOC (National Aborigines and Islanders Day Observance Committee) week.
A brisk westerly wind ensured it remained completely extended throughout the day, a fitting tribute to the Aboriginal market and workshops taking place on the rugged island below. 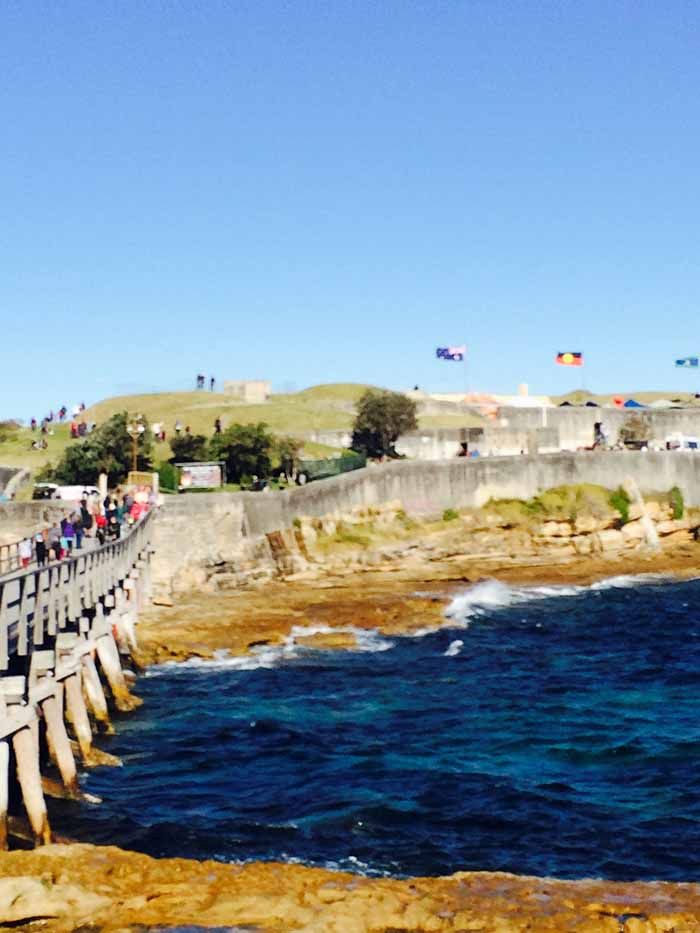 As I walked across the sturdy timber bridge which links the island to the northern headland of Botany Bay, I worried that the wind might pick me up and hurl me into the choppy waters below. My anxiety eased once on the island and out of the full force of the wind.
I’d first heard about the Blak Markets at La Perouse (or LaPa, as the locals call it) during the Guringai Festival from Fred of Fred’s Bush Tucker.
“Over the past few years, I’ve visited many markets and found dishes from every country in the world – except for our very own native bush tucker,” he told me.
“So six months ago, I decided to set up my own company and do the rounds of the markets.” 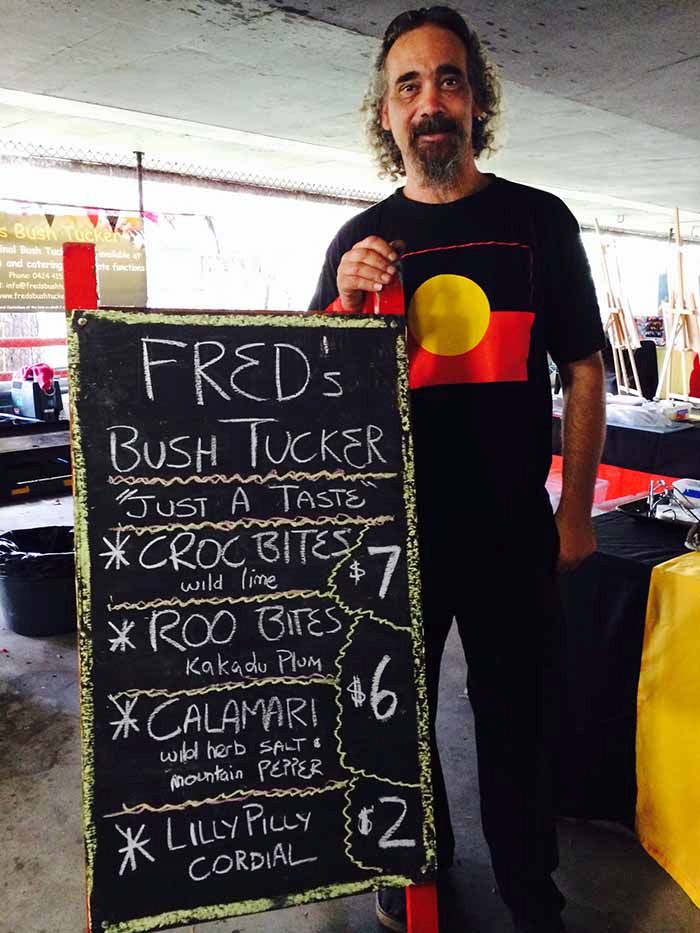 He’s not the only one to be inspired by the market and workshops being held on the first Sunday of every month at Bare Island.
Aboriginal chef Jo Wolles, who set up GoannaHut catering company last year, has also jumped at the opportunity to introduce locals to indigenous produce at affordable prices.
A qualified chef with over 20 years experience working at a number of Sydney hotels (the Gazebo Kings Cross, Swiss Grand Bondi, Sydney Airport and Cronulla Rydges), she sources native ingredients through Outback Pride, a South Australian company affiliated with over 40 indigenous communities across Australia.
“I also source seasonal fruits and vegetables such as warrigal greens, lillipillies and Davidson plums and use them to make jams, cordials and pesto.”
Delicious kangaroo red wine pies, emu sausage rolls (with native thyme), gourmet kangaroo sausages, lemon myrtle cheesecake, kutjera scones (see recipe below), mallow mousse with wattleseed, and vanilla bean yoghurt with Illawarra plums are just some of the bush tucker-inspired products she makes. 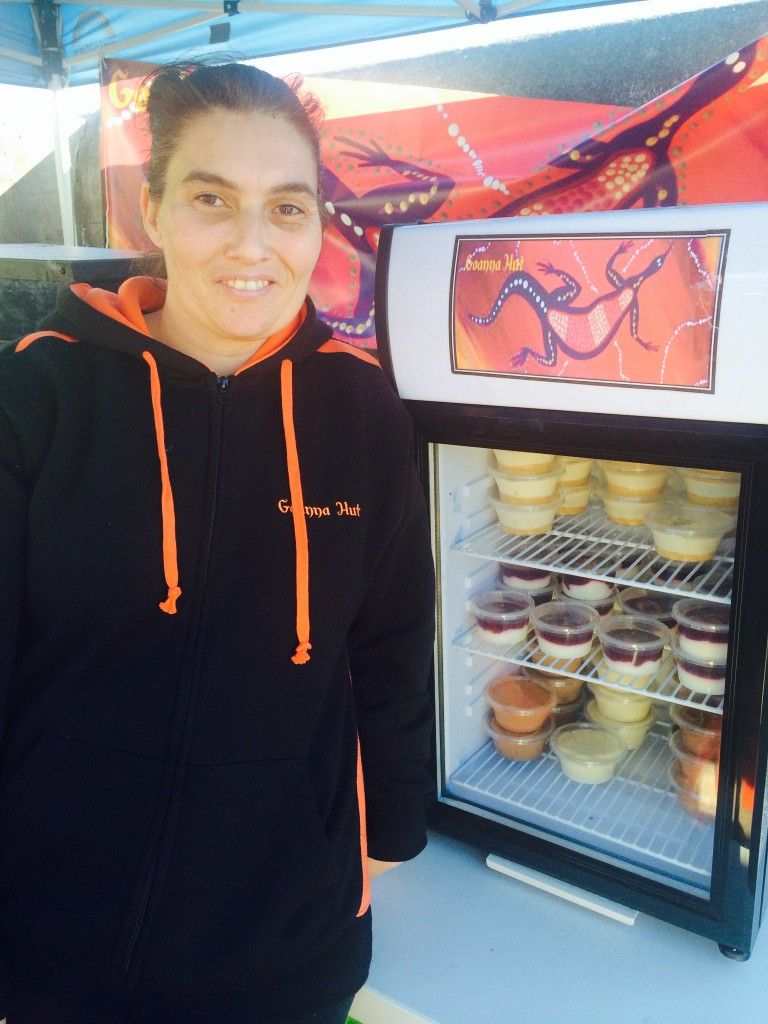 Chef Jo Walles with some of her Goanna Hut products

“As an Aboriginal woman I`m proud to be able to yarn with people about our amazing back yard,” she says. “I`m a small person trying to change the way people eat, getting back to what nature intended.”
The Bare Island market is the initiative of Peter Cooley, director of First Hand Solutions Aboriginal Corporation, the charity which initiated the workshops.
“With the passing of elders, Aboriginal culture is vanishing at an alarming rate,’’ he says. “This enterprise will not only reinvigorate the Aboriginal experience of a visit to La Perouse but the transfer of knowledge between the generations, using tourism as the tool.”
Cooley is hoping the initiative takes off nationally.
It’s a curious thing that after almost 230 years of white settlement in Australia, we still haven’t engaged in any meaningful way with the indigenous produce of our land.
We live on a continent which offers up to 4000 different varieties of edible bush foods, yet how many of them do we use in our cooking? Sure, kangaroo meat is one, and barramundi and yabbies. But who among us has tasted a cheeky yam or pigweed or wild rice? We’ve all heard of witchetty grubs and emu eggs, but how many of us have actually tasted them?
At a recent talk as part of the Guringai Festival by Aboriginal educator and guide Jess Sinnott at Stanton Library, North Sydney, a woman in the audience wanted to know where to find bush tucker produce.
“Where can I buy bush tucker ingredients? They’re so hard to find.”
Jess had barely begun her talk when the woman put up her hand to ask the question. 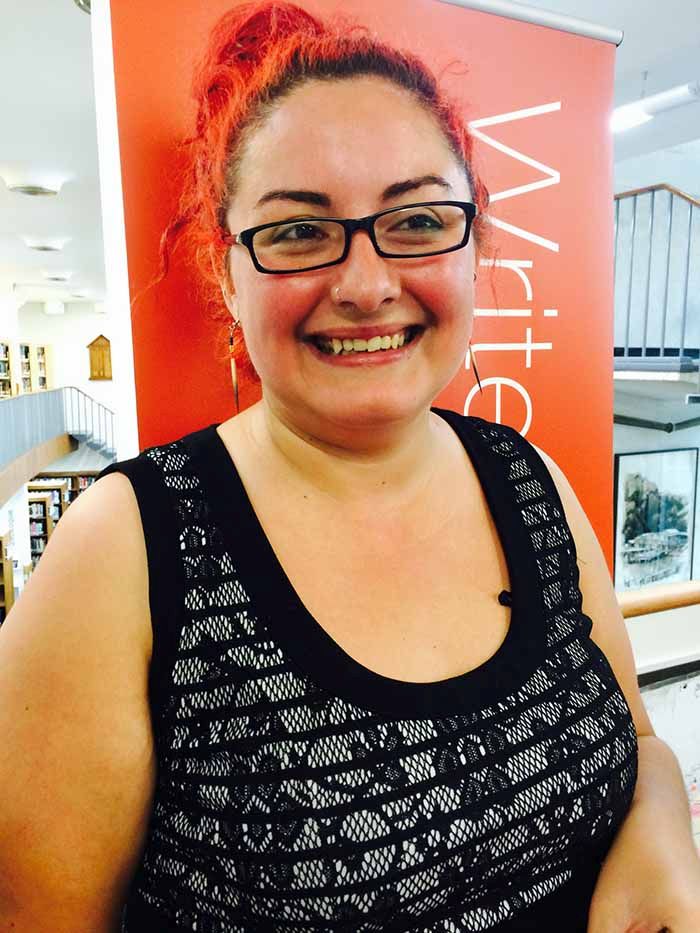 “If you google Bushtucker Shop, the online home of Kurrajong Australian Native Foods, you’ll find plenty,” she replied.
Her talk, however, was to point us in the direction of seasonally available native produce from the local area.
“The sweet fleshy fruit of many different types of lilly pilly was eaten raw by the Gadigal clan  (the people of the harbour) and the early colonists.
“You can eat the fruit, though be careful as there are some poisonous varieties.”
The regular onset of flowering by specific plants was read like a calendar, indicating the appropriate time for the collection of molluscs, crabs, fruits and other events.
Berries, stems, roots, gum, nectar and seeds were a large part of the Aboriginal diet.
Bark was fashioned into canoes and used to wrap food prior to cooking, while timber was made into tools and utensils. The fibre of many local plants was an important resource in the manufacture of hand woven nets and bags.
Lemon myrtle, she pointed out, can be used like a bay leaf.

“It’s a big tree, a cousin to the eucalyptus. We roll up the leaves and smell them to ease headaches,” she said. “It’s our bush panadol.
“And it adds a wonderful lemony flavour to many foods. Just wrap a few leaves up with a whole fish and enclose with paperbark (or foil) to infuse the flavour – or marinate kangaroo meat with macadamia oil and some of the leaves.
“I also use it to as an infusion for cream and syrups.”
During NAIDOC  week, it’s worth reflecting on how few native ingredients we’ve incorporated into our diet, and also what we really mean by the term “modern Australian cuisine”.
As John Newton, food writer and author of The Oldest Foods on Earth asks,
“And what does this 230 years – in a culinary cultural sense – of merely perching on the surface of this land and its indigenous produce (not to mention its people), say about Australian culture generally?

Chef Jo Wolles kindly gave me these two user-friendly recipes – one savoury, one sweet – which make use of native ingredients – thank you Jo!

Blend all the ingredients and then store in the fridge until use.

Pre-heat the oven to 200°C. Place flour in a large mixing bowl, add salt and baking powder. Add ground Kutjera.
Rub the butter into the flour until it resembles breadcrumbs.
Gradually add the milk, a little at a time, until you have a soft dough. Knead for a few minutes. Press gently so the dough is about 3cm high. Cut out scones, transfer to a baking tray lined with non stick baking paper and rest for 10 minutes.
With a pastry brush, brush the tops of the scones with a little milk and bake for approximately 20 minutes or until brown on the top. 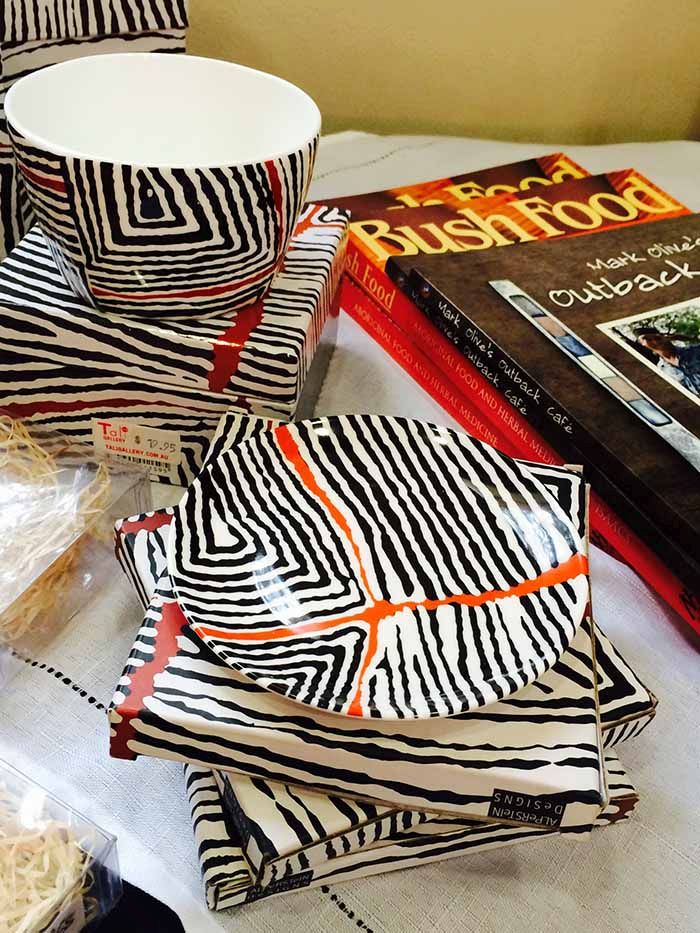