We’d only just made our way out through Sydney’s heavy morning traffic along the Princes Highway when a news bulletin informed us that a truck carrying 26 tonnes of cheese had overturned, prompting the closure of part of the Princes Highway on the NSW south coast. 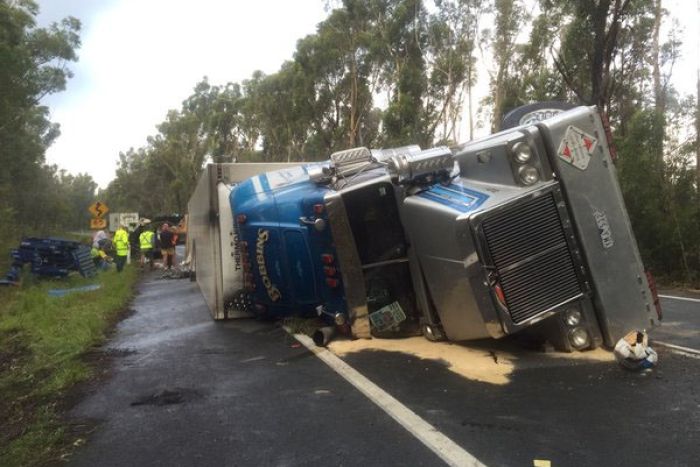 Overturned truck on the Princes Highway

The truck overturned last night closing the road in both directions south of Sussex Inlet.
Yikes! My reason for the 3 1/2 hour drive south was to visit wine and cheese maker Rosie Cupitt at her family’s award-winning winery and restaurant near Ulladulla.
An hour or so later we heard that the truck was carrying cheese from Bega, a south coast town renowned for its natural and processed cheddar cheese products, and that the highway had been cleared. 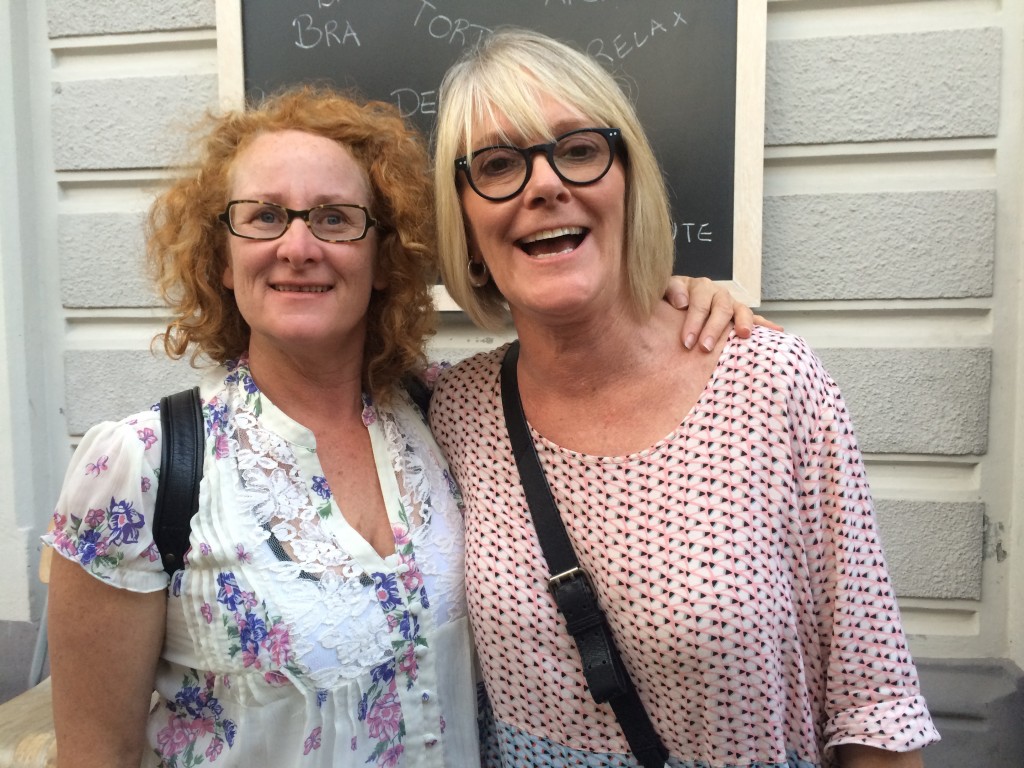 The last time I’d seen Rosie was at Cheese, the bi-annual Slow Food event held in Bra, Piedmont, north-west Italy which attracted almost 300,000 visitors last year.
Rosie is consultant winemaker at Cupitt’s Winery and well-versed in the technology of wine making, having studied at Charles Sturt University in Wagga and taken part in vintages in the Loire Valley in France.
A few years ago, she began turning her attention to cheesemaking after doing a few  cheese courses with world-renowned cheesemaker, educator and consultant Ivan Larcher who conducts workshops courtesy of the Australian Cheesemakers Specialty Association. She’s also visited him at his dairy property in France and taken a course there. 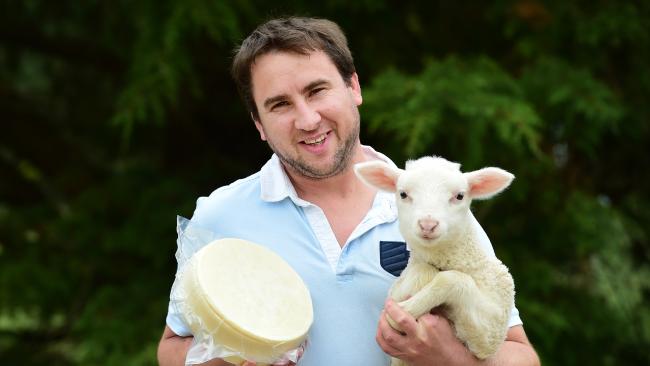 Like winemakers a decade or two back, artisan Aussie cheesemakers are really starting to find their feet. Many, such as  Chris Lloyd of Woodside Cheese and the girls form Holy Goat travel overseas to learn more.
When we arrived at Cupitt’s, Rosie was in the cheese room up to her elbows stirring the curds for a batch of flor azul, a blue goats’s cheese similar to gorgonzola. 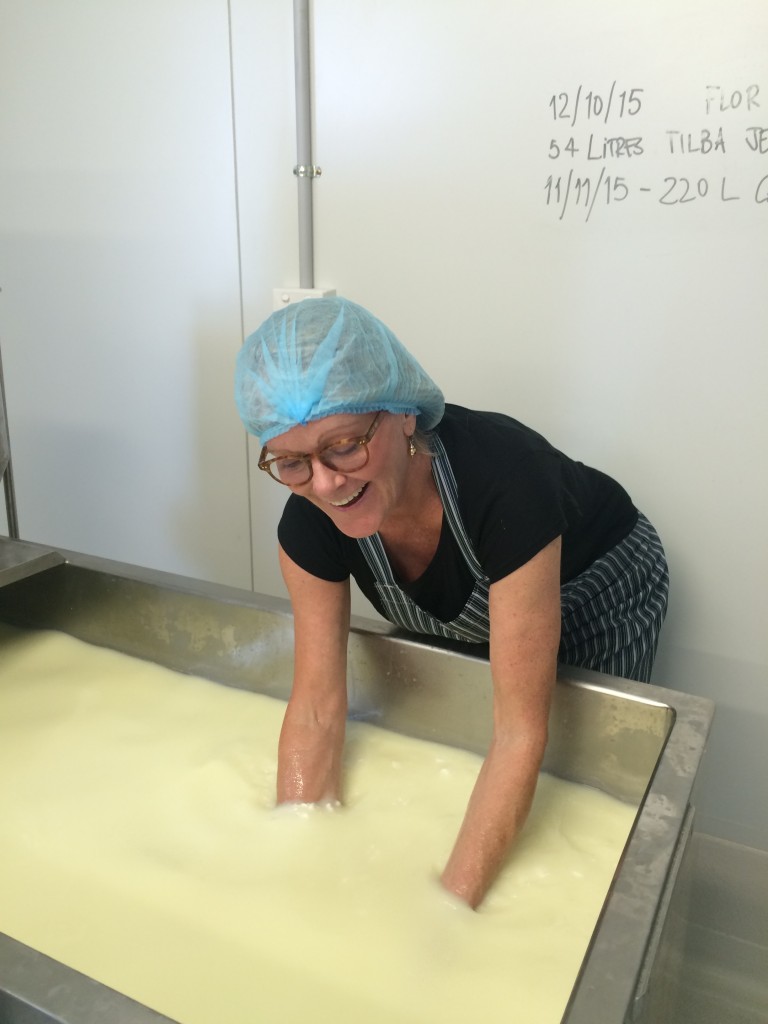 “The last batch was a bit too dry, so I changed the recipe around,” she said. “I’ve been making it for over a year now and it’ll be ready to eat in six weeks and will get stronger with age.”
Situated halfway between the cottage and the restaurant, the pristine white cheese room was finished a year ago and approved as a food production facility last December.
“I prepared a HACCP plan with the help of a consultant and received the licence late last year. There’s a lot of microbiology and technical know-how involved in making cheese, for example the pasteurisation of the milk which has to be held at 62.8degC for 30 minutes.”

Some of Rosie’s little babies in the cheeseroom

She’s also been making brie, tomme and caprino romano from goats milk and vintage cheddars from Tilba jersey milk.
The goats’ milk comes from Caleb Graham at Falls Creek, just south of Nowra and only 40 minutes from Milton. The Graham family milk Aussie Red cows but Caleb decided to diversify into goats and is keen to improving their genetics.  He looks after them European-style (i.e. in sheds) and feeds them a mixture of pellets, lucerne and grain.
“Their milk is superb,” she said. “It ’s sweet with a good pH and smells divine.”
It’s the quality of this milk which has encouraged her.
Another local farmer recently purchased eight Montbeliarde heifers which are specialty cheese cows. 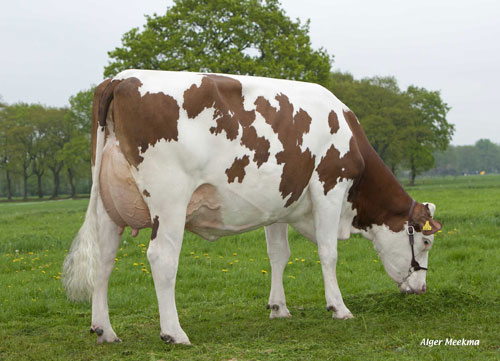 “They’re French with white and brown spots and even look creamy,” she said. “They come from a breeder in Albury. The milk from Jerseys has a high fat content which is excellent for bries and camemberts but this can inhibit the longevity of a cheese.”
Another reason she’s become passionate about cheesemaking is the increasing sophistication of people’s palates.
“Customers now are becoming more discerning. There’s a lot more information about how cheese should taste and people are demanding tasty cheeses,” she said.
The deregulation of the dairy industry 15 years ago has also forced dairy farmers to value add. 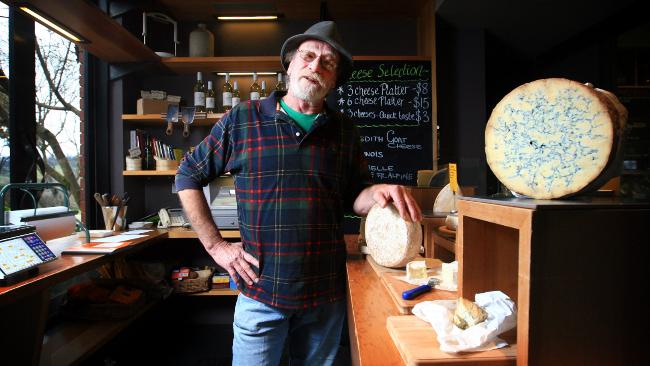 Rosie’s mentor and inspiration is Richard Thomas who was instrumental in setting up Milawa Cheese in the late 1980s and Meredith Dairy.
“Richard’s knowledge is amazing. What he doesn’t know about artisan cheese isn’t worth knowing.”
Rosie’s other passion is wine, though she recently handed over this side of the business to sons Wally and Tom.
“I’m now consultant wine-maker,” she said. “I source the grapes from Young, Tumbarumba and the Yarra Valley and we combine old world with new world techniques.” 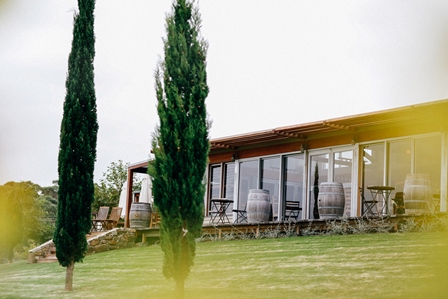 “Wally did a vintage in the Loire Valley in France with Alphonse Mellot, my wine mentor, and it opened the world up to him.”
They produce 50,000 bottles of wine a year and produce some excellent wines,including a 2013 Shiraz which won a national trophy and earned 94 points from James Halliday.
She’s not keen on natural wines, calling them something of a cult movement.
“I agree totally with non-intervention in wine making but quite often you have have to intervene to make a good wine.
“I don’t think an oxidised white wine with sediment at the bottom is one I want to drink. On the other hand I don’t like highly acidified wines with lots of sulphur.  That’s not good wine-making either.”
Prior to setting up Cupitt’s, Rosie and her husband Griff had been running a pub in Bowral in the NSW southern highlands, and grazing cattle.
“We used to put 4000 head through the Moss Vale sale yards,” she said.
They’d planned to retire to France but changed their minds when they tumbled across the farm at Washburton and saw the lovely old 1851 building on the property.
“I immediately wanted to plant a few grapes and start a small winery.  We never did get to France, though we visit there every year for a month.”
Today, the vineyard grows Semillon, Sauvignon and Verdelho grapes, while the farm specialises in Black Angus Cattle. 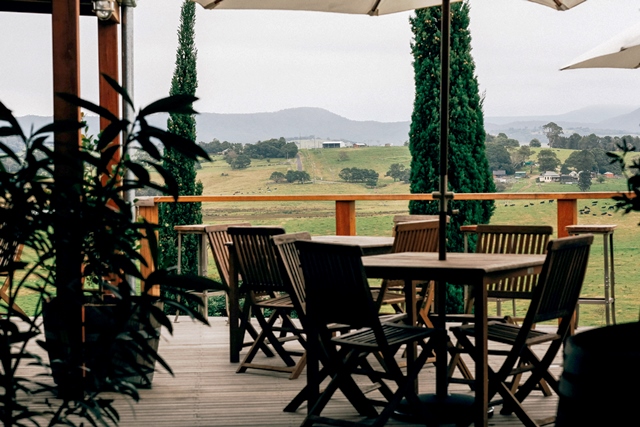 The restaurant began as a small addition to help introduce their wines to people and is now run by talented chef Russell Chinn.
His food, an elegant mix of French and British using local seasonal produce, is delicious. What started as a 65-seat restaurant has expanded to 120 seats and is busy most weekends.
“We founded Cupitt’s by accident,” says Rosie, laughing. “It was meant to be our post-retirement plan…”

6 Responses to Blessed Are The Cheesemakers