It’s not everyday I’m treated to a sundowner made by a Samburu warrior. 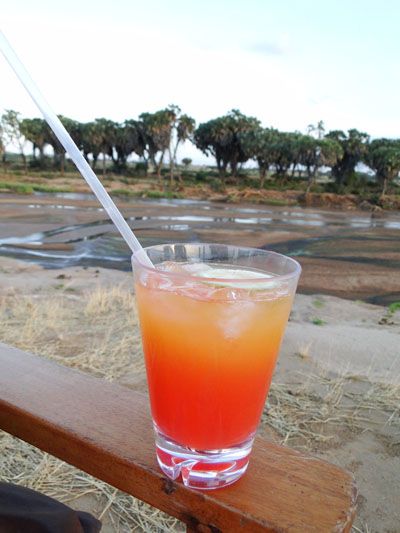 But then it’s not every day I’m sitting by the Ewaso Nyiro River, 350km north-west of Nairobi in central Kenya.
We’re spending two days at the Elephant Bedroom Camp in the Samburu National Park, central Kenya, an exclusive camp of 12 luxury tents set on the banks of the river.
Dressed in a pink and blue sarong and adorned with a colourful beaded necklace and bracelets, our Samburu  host, Julius, is the epitome of elegance.
He laces my drink with a strong dose of Kenya Cane white rum and I watch, transfixed, as the sun sets over the trickling river and vast savanna plains beyond. 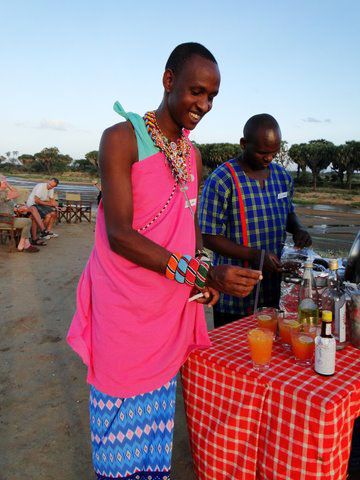 “It’s called Elephant Bedroom Camp because at night the elephants often sleep right by your tent,” he explains, smiling.  “Sometimes you can hear them snoring right next to you.”
He also runs us through “tent etiquette”.
“Make sure you zip up your tent, lock it and take the keys with you each time you leave,” he says.
“Otherwise the monkeys will get inside and create havoc.  They’re very smart.  So are the baboons. 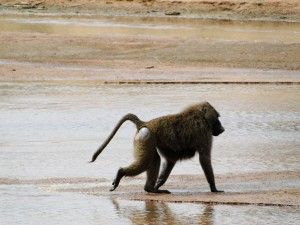 At night, when you want to leave your tent, flash your torch two or three times outside and a guard will come to accompany you.”
This is a cautionary measure in case an elephant decides to charge you. 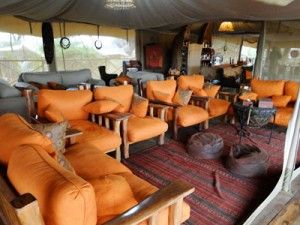 The next day, while at breakfast, I was again transfixed as a procession of elephants and baboons paraded along the river bed and banks before us.During the dry season, an endless parade of animals come to the river to drink. The elephants are also attracted by the nuts of the palm trees.
The chef, Francis Tuva, oversees a daily buffet under the doum palms by the river each morning. There are juices, cereals, fresh fruit, pancakes with maple syrup, mushrooms in creamy turmeric sauce, baked beans, potatoes in tomato sauce, chicken sausages, and an egg station. 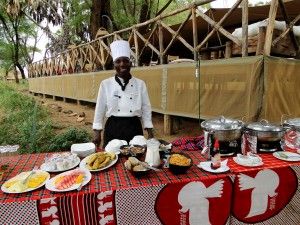 Francis at the Breakfast Buffet 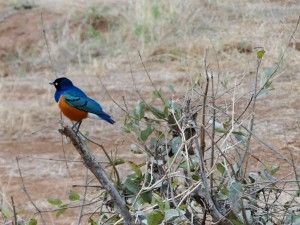 Earlier that morning, we rose with the sun and went on our first game drive through the park. Our driver, John, pushed up the roof so we could stand in the jeep to spot the animals.  By 8am we’d seen a herd of elephants, a couple of jackals, a gerunuk, some giraffes, Grant’s gazelles, impalas, dik diks, some glorious birds (bee-eaters, kingfishers, yellow necked spurfowls) – and a magnificent cheetah! 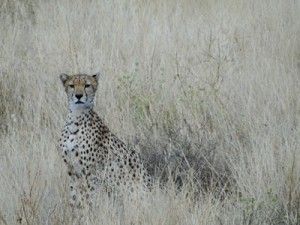 It reminded me of Alice in Wonderland.  As Alice said:
“I try to believe in as many as six impossible things before breakfast. One, there are drinks that make you shrink. Two, there are foods that make you grow. Three, animals can talk. Four, cats can disappear. Five, there is a place called Underland. Six, I can slay the Jabberwocky.”
Not that there any jabberwockys at Elephant Bedroom Camp. 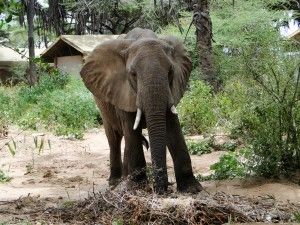 I visited Elephant Bedroom Camp as a guest of the Kenya Tourist Board: www.magicalkenya.com