Forget the celebrities.  There’s so much to gawk at on the streets of New York that you won’t regret missing Naomi Watts and Liev Shreiber cycling around Greenwich Village with their kids (fully clothed), or Hugh Jackman and Deborra-Lee Furness strolling down Bleecker Street  taking their children to school. 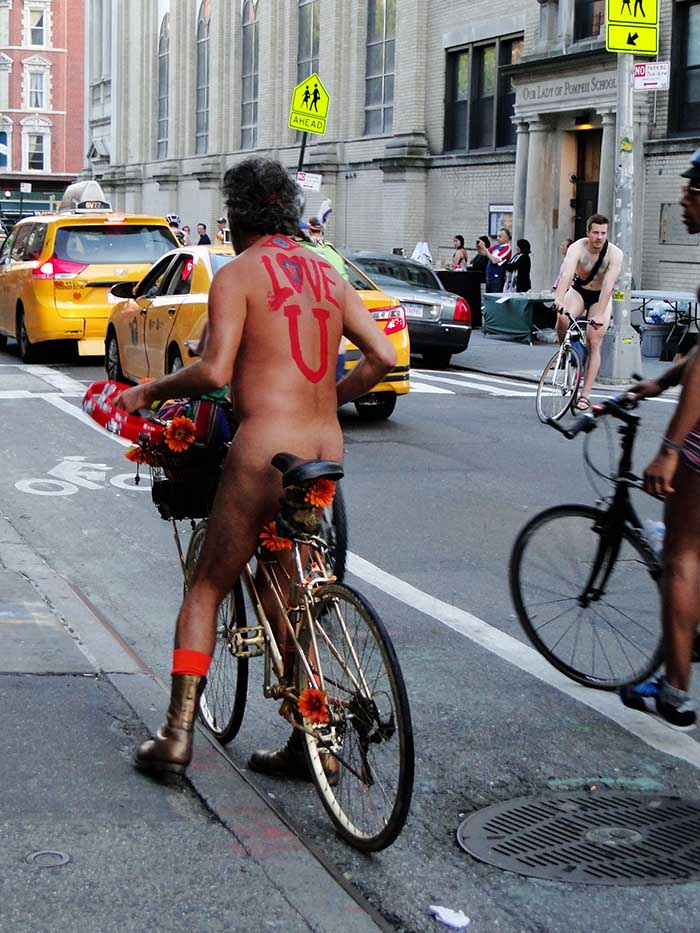 Early one evening I was standing near the corner of Sixth Avenue and Bleecker Street in Greenwich Village when a swarm of nude cyclists appeared. There must have been 200 of them as they kept coming in a steady stream, followed by a few bemused policemen on motor bikes.  People on the footpath all around me burst into spontaneous wolf-whistling and then began clapping. I just had time to pull out my iPhone and take a few pics before they disappeared down the road towards SoHo – you can see a hash tag address on the back of one rider.
“The naked truth is that the people need a lot more freedom in this city,” said organizer Benjamin Shepard. “It should be more ass and less gas.” 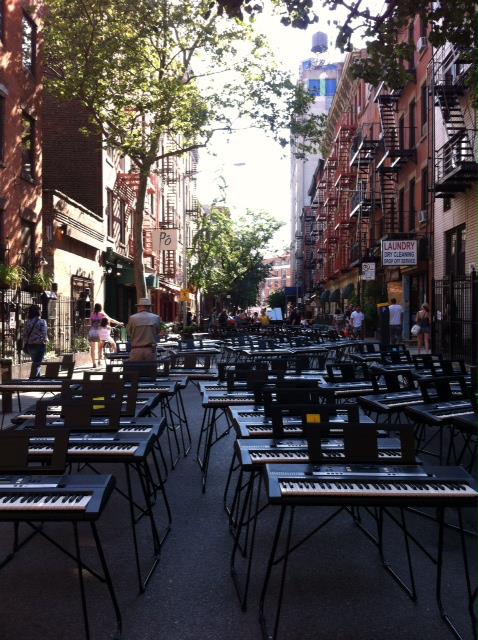 On June 21st, the longest day of the year, I stepped outside my apartment to discover the street cordoned off and filled with pianos. I found out later, after asking around that the players were participating in a bid to set a Guinness World Record.The summer solstice ushers in an explosion of musical activity, much of it free, much of it participatory, all over Manhattan.  Unfortunately I missed the brass music at dawn and dusk in Central Park and the 100 singers in rowboats performing R. Murray Schafer’s Credo in the afternoon. 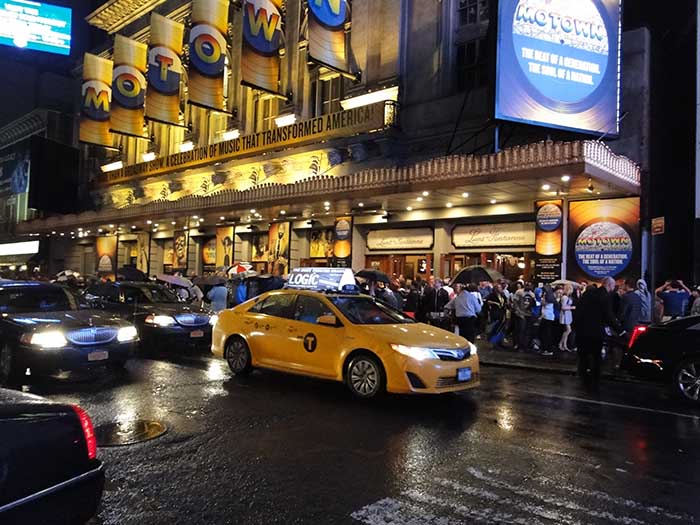 But I did get to Motown,  the sensational musical on Broadway which tells the story of Motown founder Barry Gordy and his journey from featherweight boxer to music mogul. Gordy launched the careers of Diana Ross, Michael Jackson, Stevie Wonder, Smokey Robinson, Marvin Gaye and Mary Wells – and it was their music which brought America’s black and white populations together.  With over 50 songs, it’s a knee tapping, full-on trip back to some of the pop world’s best music. The show opened mid-April, and tickets are difficult – and expensive – to obtain.  It was only thanks to my son’s prescience that we got in. 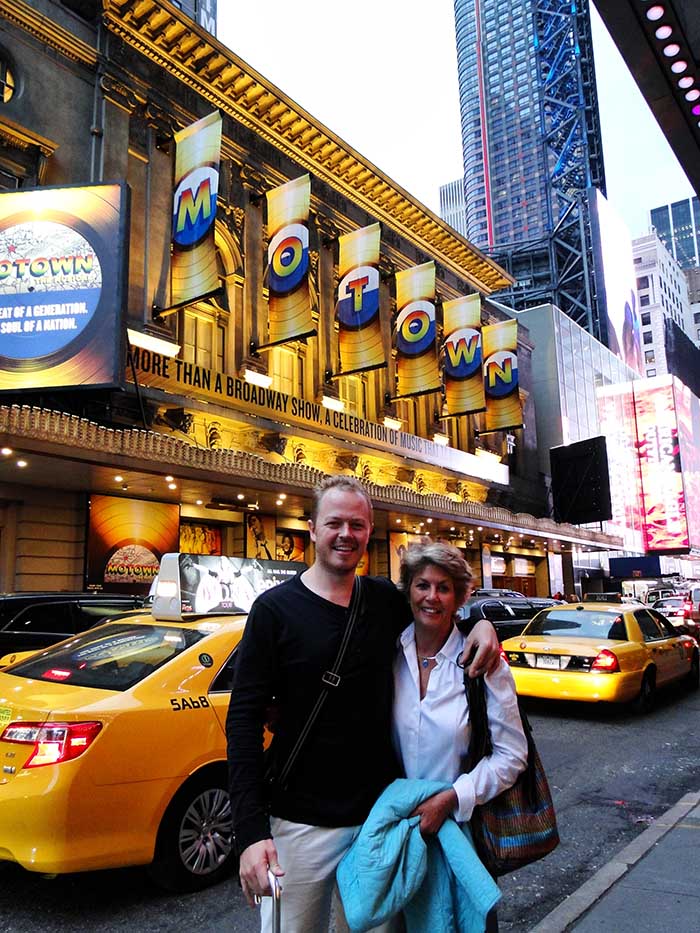 The following day, on my way to Macy’s department store, I did a double take when I saw this fellow drumming away on the sidewalk. 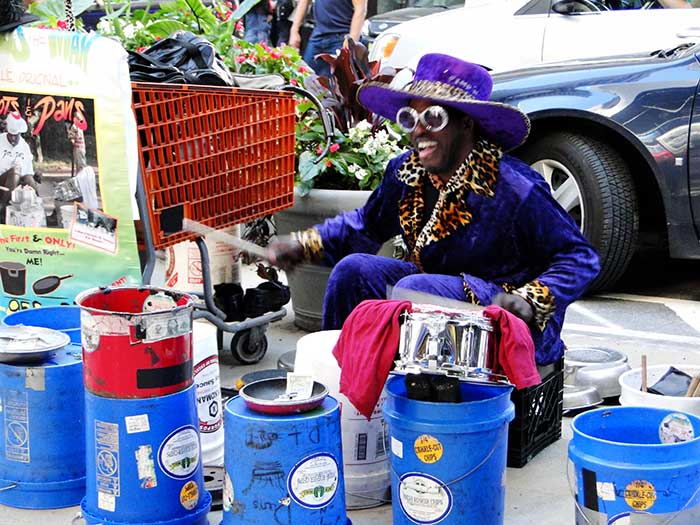 A Steve Wonder look-alike, non? I’m not sure he had permission to be drumming there.  The shopping trolley ensures he can pack everything up quickly and move on once the police arrive. And then another day, there was this sensational guy playing his heart out near Madison Square. 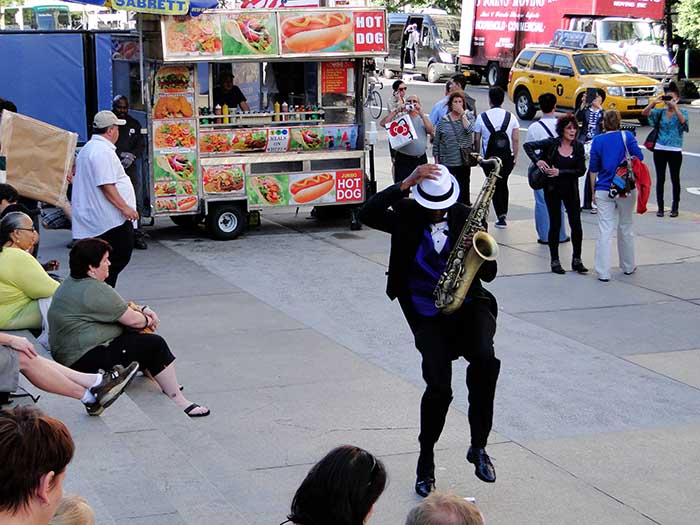 I was gobsmacked by the celebrations that take place once the summer solstice arrives.  Having emerged from a long, cold winter and very wet spring, people long to get out in the sun and the festive atmosphere is infectious.  Such a pity, I thought, that we don’t celebrate the change of seasons like this. 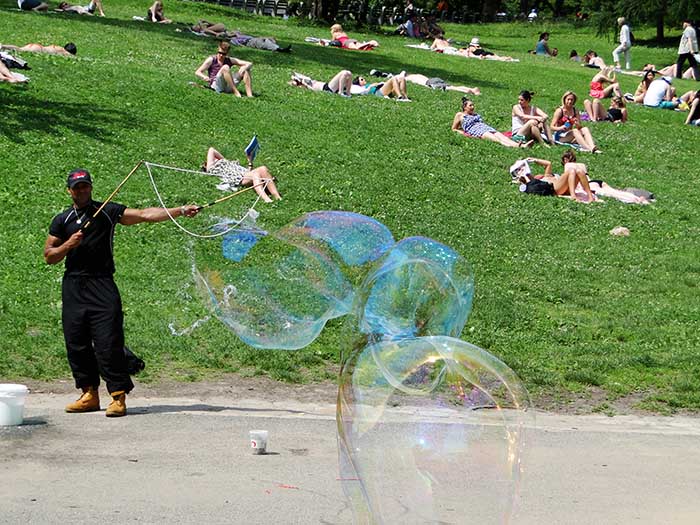 Even on an overcast day, they’re out in the parks playing chess… 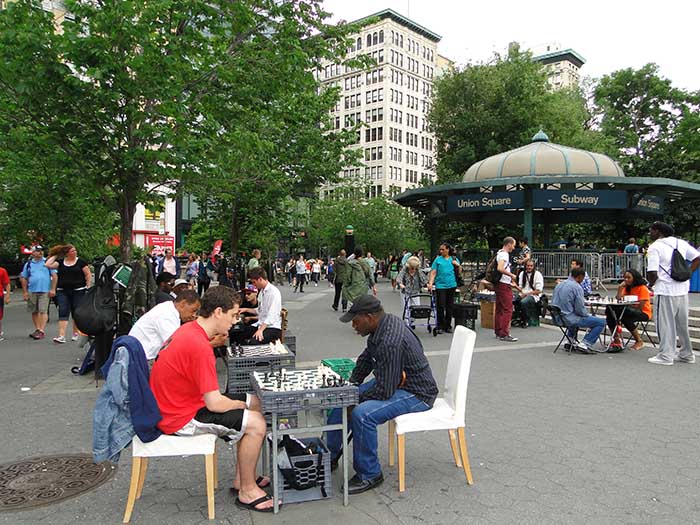 or chatting to friends on colourful French-style garden chairs in the pedestrian plaza outside Macy’s between 34th and 35th streets. Thanks to visionary changes instigated by Mayor Michael Bloomberg, the city’s streets now belong to car-free squares ad boulevards, parks safe for families to venture into and miles and miles of bike lanes. 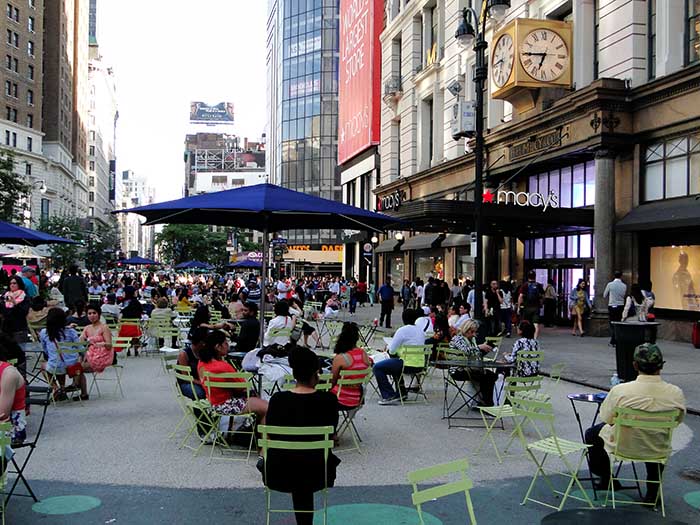 or they-re offering free advice at street markets like the one in Perry Street, Greenwich Village. 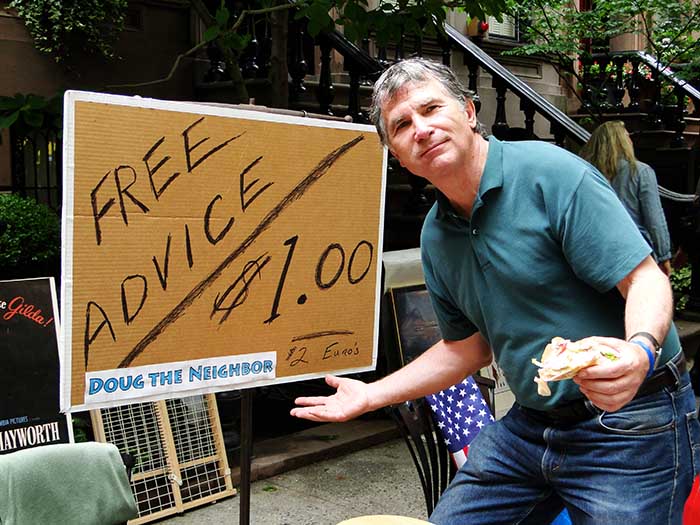 Come summer, the streets of New York are so festive and so much fun that you really don’t need to spend big bucks going to the theatre or the ballet or to a Broadway show.  Just step out of your apartment or hotel and it’s all there before you.  I found it addictive. The suburbs of old Sydney town are rather drab by comparison.

2 Responses to Street Life in the Naked City