It’s not every day I find myself in a pumpkin patch.

But I just couldn’t resist getting in amongst these Jack O’Lanterns at Shelburne Orchards, just south of Burlington in Vermont, north-east U.S.A.
For many years, I’ve wanted to vist this picturesque area in the Fall to see the Sugar Maple, Beech and Yellow Birch leaves changing colour.  Nathalie, my son’s girlfriend, had studied the Foliage Map and told us we were still in time to catch the brilliant golden and red displays at Burlington on the shores of Lake Champlain. 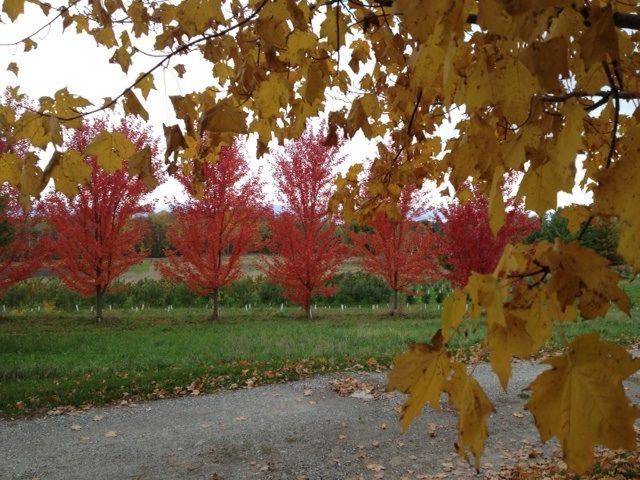 Our timing was impeccable as we arrived at the farm on the very last day of the harvest – most years, it extends to the end of October but due to an early frost, all the apples and pumpkins had been picked and moved to the store front.
As owner Nick Cowles, the affable owner, told us: 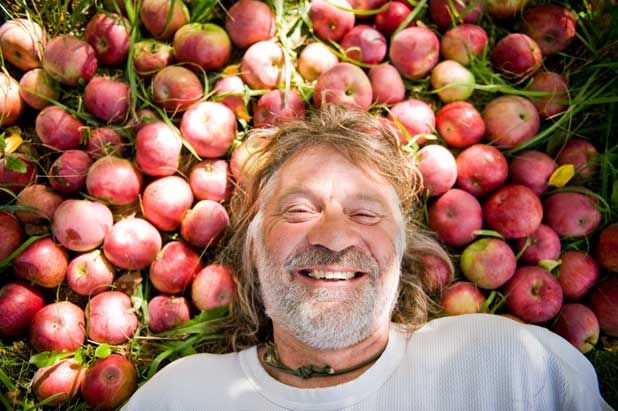 “The end of harvest season is always such a mix of emotions for me. We still have a ways to go yet.
“I can feel in my bones the ache and pull on me to stop!
“My reluctance for ‘one more thing to do’.. anything I don’t really have to do right now gets put on the “to do later list”.. there are many final decisions yet to make, like…what apples get picked and which are left for Pick Your Own; which  of the remaining cider bins go toward Ginger Jack and which are saved and fermented for our Dead Bird Brandy; if the apples are gone in the trees, do we still order the full palette of donut mix?” 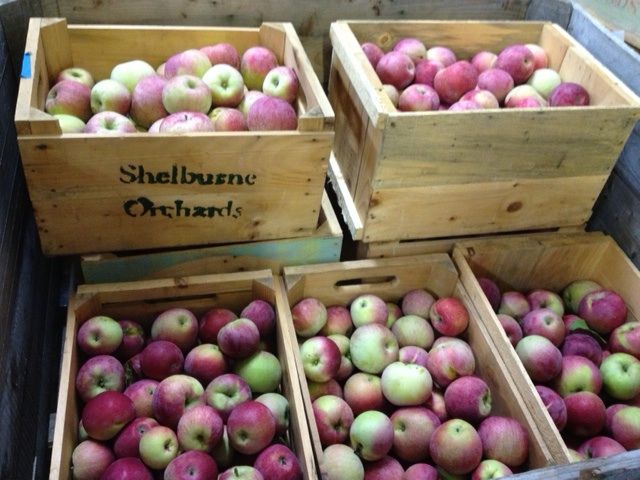 It was late Sunday afternoon, not long before closing time and Nick had made his decision that this was to be the last Pick Your Own weekend of the season. He grows a variety of apples (McIntosh, Gala, Fuji, Mutsu).
I loved the flavour of the McIntosh (but wasn’t so keen about the Mutsu).
“When this apple is both sweet and sour at the same time, in my estimation, It’s in a class of it’s own for both eating and pie making,” says Nick.
“In our 13 years of hosting Vermont’s biggest and most attended apple pie contest, McIntosh is the apple that wins first prize 90% of the time”.
You’ll find Nick’s down-home apple pie recipe here.
He also makes a delicious hot apple cider. Never having tried this before, I was surprised by just how delicious and flavoursome it is. Freshly made donuts sprinkled with sugar cinnamon are served with the cider, an irresistible combination on a crisp autumn afternoon. 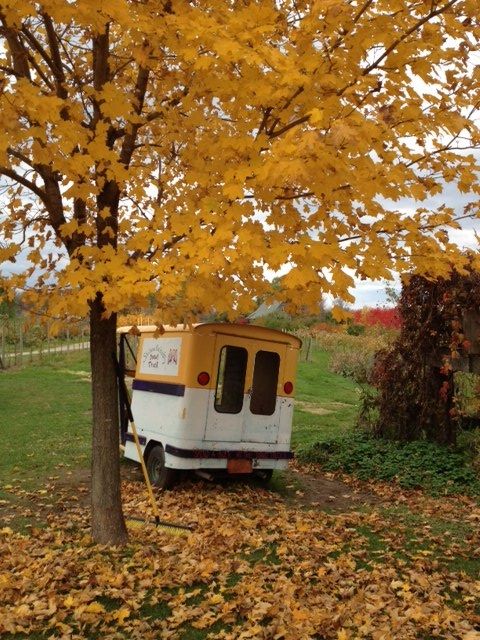 He’s a smart marketing guy.  The shop-front and surrounds look as if they’ve been set up by a New York stylist. 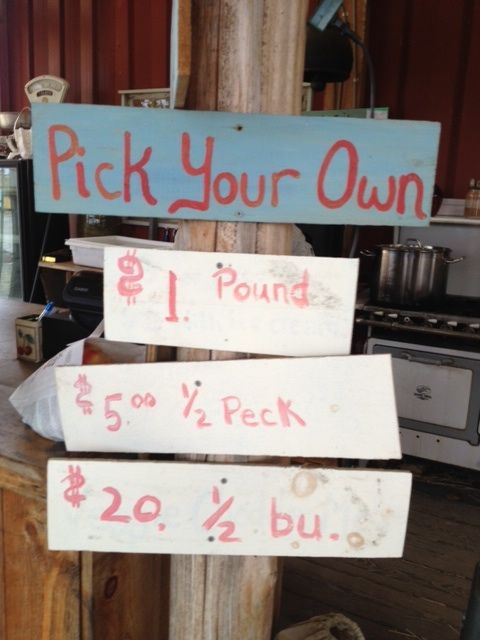 Pick Your Own Apples, Shelburne Orchards

But then, every corner you turn around in Burlington at this time of the year looks as if it’s been styled. 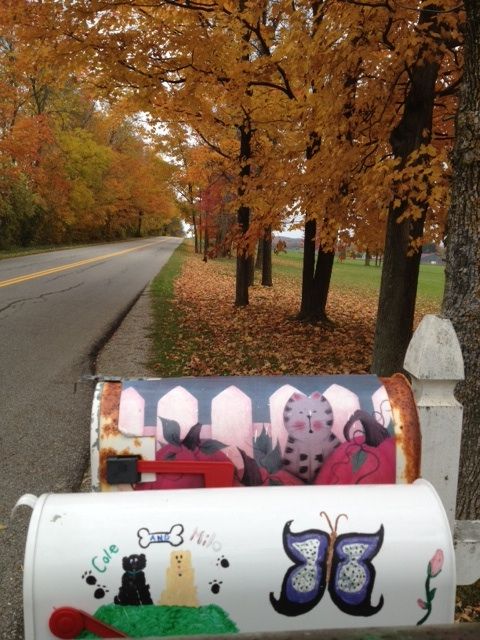 Not far from Shelburne Orchards, we came across this “pumpkin tree” outside the Old Brick Store in Charlotte. Run by a group of individuals who live locally and are committed to providing quality products at an affordable price, its mission statement is to uphold the three pillars of sustainability—Community, Economy, and the Environment. 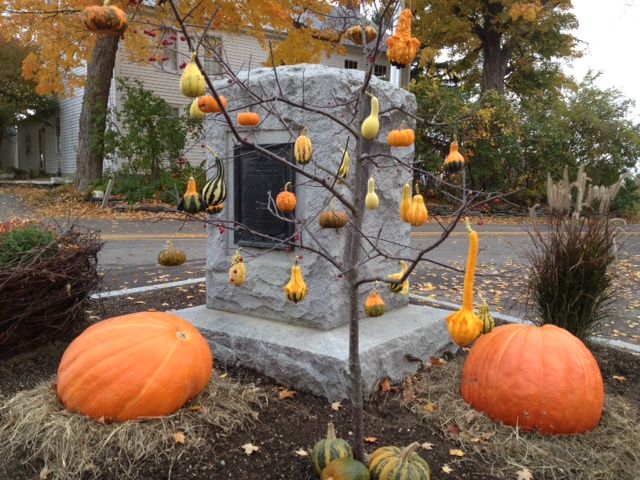 We also visited Shelburne Farms a 1400-acre working farm, national historic site and nonprofit environmental education center whose mission is to cultivate a conservation ethic for a sustainable future.
Created as a model agricultural estate in 1886 by William Seward and Lila Vanderbilt Webb, it became an educational nonprofit in 1972.
Milk from the 125 grass-fed Brown Swiss cows on the farm is made into an award-winning farmhouse cheddar cheese on the property.
They make about 170,000 pounds of cheese annually, making it daily for ten months of each year. Their cheesemaking connects people to the origins of their food, strengthens local food systems, and supports the Farm’s education programs. 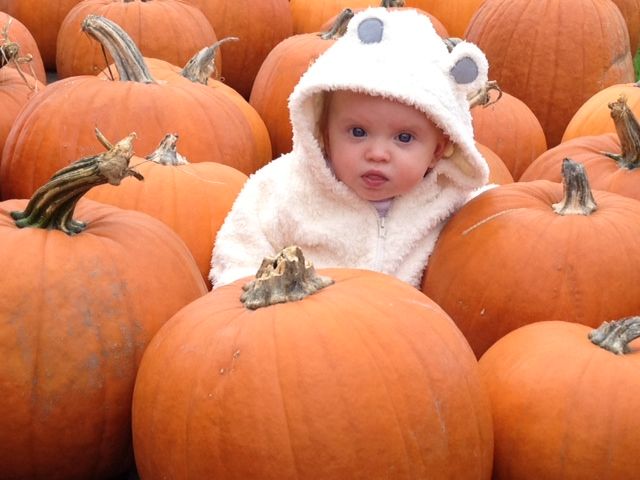 Baby in the pumpkin patch, near Burlington, Vermont

It sure looks as if the farmers of Vermont are on the right track, because look what I found in the pumpkin patch today?

Postscript: I first published this three years ago when visiting my son Linden, and his girlfriend Nathalie, who live in New York.  They recently opened a stunning new Italian eatery in the West Village called Dante.