When most of us think of the Gold Coast, we think bling: from metre maids in gold lycra bikinis to bleached blondes in convertible sports cars and spivvy white shoe real estate developers.
But over the past few years, a quiet revolution has been taking place in pockets along the glittering strip.
“When I drive up the Gold Coast highway, I cringe,” says local film maker Jeff Licence. “And that’s true for many of us locals. 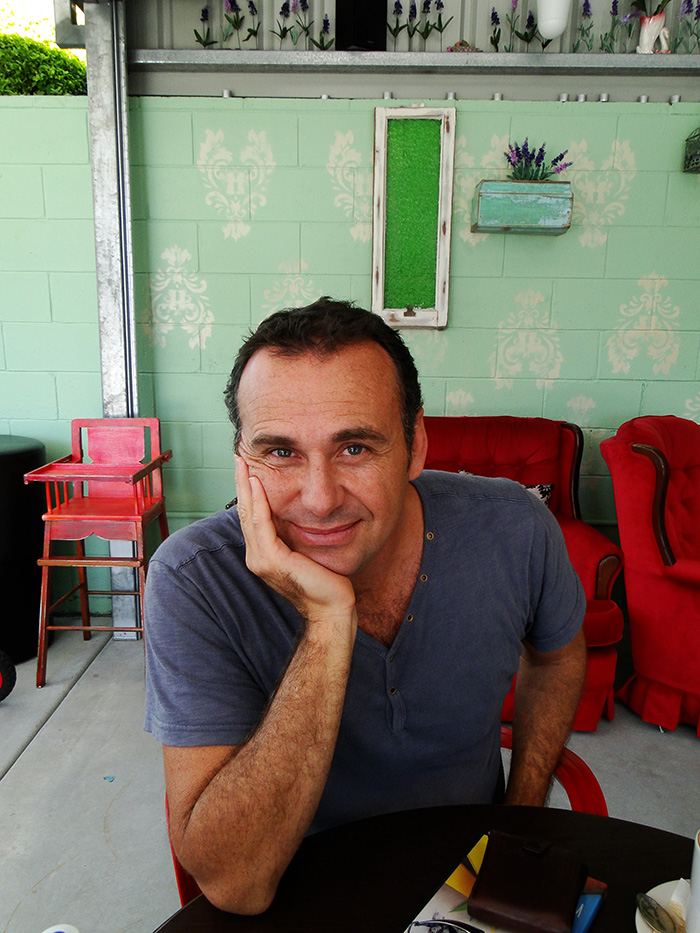 “There’s that layer of glitz on top which distracts the tourists, but underneath there’s a real groundswell of change happening.”
Licence became so tired of hearing the Gold Coast portrayed as a tacky one dimensional place that he made a film called “Kicking off the White Shoes”, which premiered at last year’s Gold Coast Film Festival.
It depicts a cross section of passionate locals speaking about their art   and their concerns regarding their environment, community and culture.
“There are lots of people doing amazing things here,” he says.  “We all used to suffer from cultural cringe but that’s beginning to change now.”
Fashion designer Emma Milikins is one of those interviewed in the film. She moved to the Gold Coast from Melbourne ten years ago and opened Rabbit and Cocoon Inc., last year, a multi-arts hub in a former industrial estate in the beachside suburb of Miami. 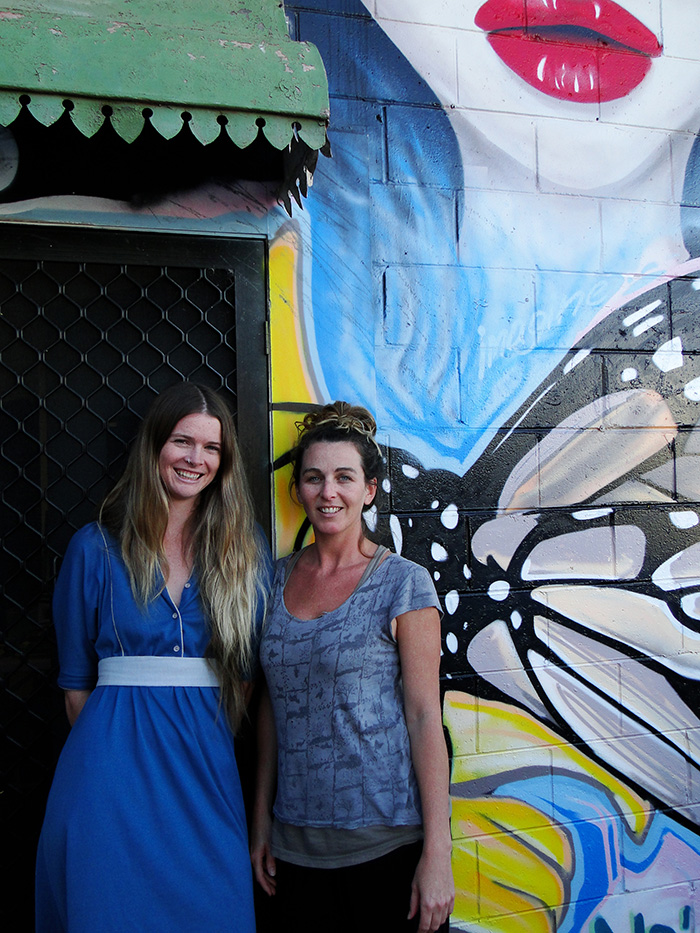 “The idea is to provide a nurturing hub for artists and a place where the general public can enjoy the artistic diversity of the Gold Coast,” she says.
Situated just off the Gold Coast Highway, the 14-shed estate is home to 30 creative residents including artists, fashion designers, musicians, film makers and furniture restorers.
They meet and swap ideas at The Shed, a quirky retro café with décor reminiscent of an old Queenslander home.
Slicing through the hub is a graffiti-painted car park which doubles as the setting for live music, fashion parades and the Miami Marketta, a new laneway dining experience with food from around the world, opening April 20th at 4pm; while on April 14th a symposium, What will the Gold Coast look like in fifty years time? is being held there.
Rabbit Radio, an underground community-based radio station is situated in one of the sheds where local DJ Kylie Mitchell-Smith runs a “Dig a little deeper” arts show and Freddie Holler heads a funk soul show. 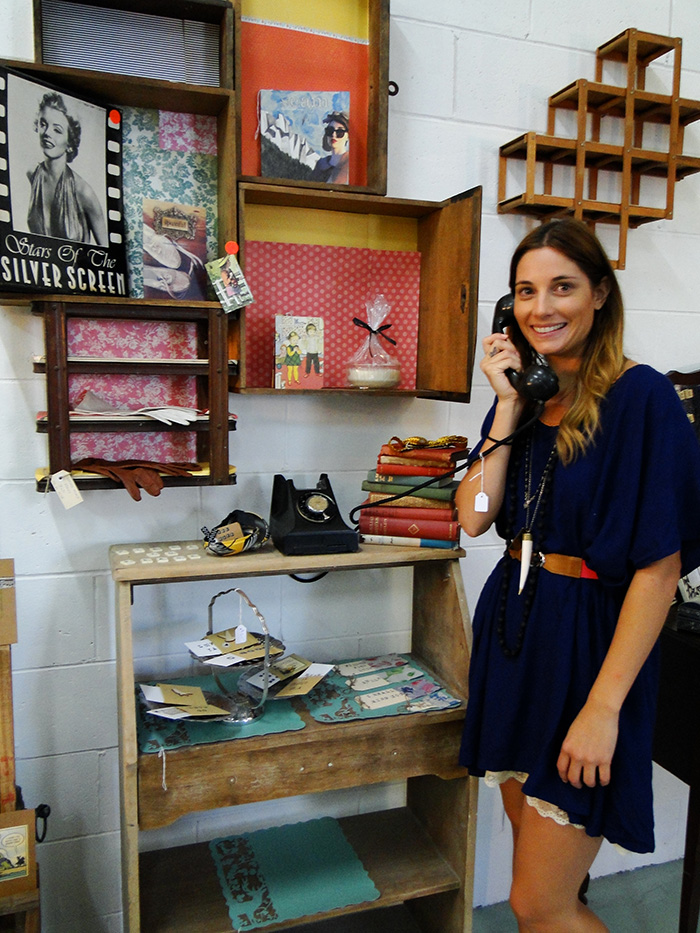 “When my friends from Victoria visit, they go ‘Oh OK, it’s starting to change here now’”, says Taryn Wilson, owner of Piece to Peace Retail at Rabbit and Cocoon.
“I’ve noticed a lot more cool cafes, boutiques and markets springing up all over the Coast in the last couple of years. I love it here and want to stay because there’s so much potential,” she says.
A glance at the Naked Guide City first published as a small bare-all guide to the Gold Coast in 2009, reveals a remarkable variety of cafes, wineries, galleries, boutiques and things to do away from the beaches and theme parks.
“There’s a very retro aesthetic taking place in the cafes,” says Licence.
“That’s because it’s a retro place. The Gold Coast has an amazing history – it’s where tourism in Australia began and one of the first places where surf lifesaving was pioneered.” 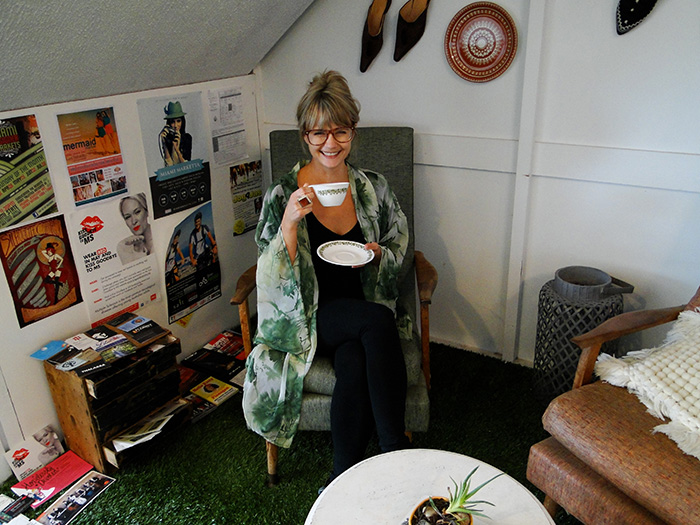 At Gypsy and The Cat Café, just off the highway at Nobby’s Beach, Nathalie Sommer has created a retro backyard garden setting complete with gnomes, 1950s furniture and collectables. You can sit here, read a book, drink coffee and eat vegetarian food – or indulge in a psychic reading. Fashion garments are for sale from a rack of clothes at the rear of the shop.
Further south on the Gold Coast Highway at north Burleigh is Commune (1844 Gold Coast Highway), a popular retro cafe serving Campos coffee, fresh sandwiches and salads. 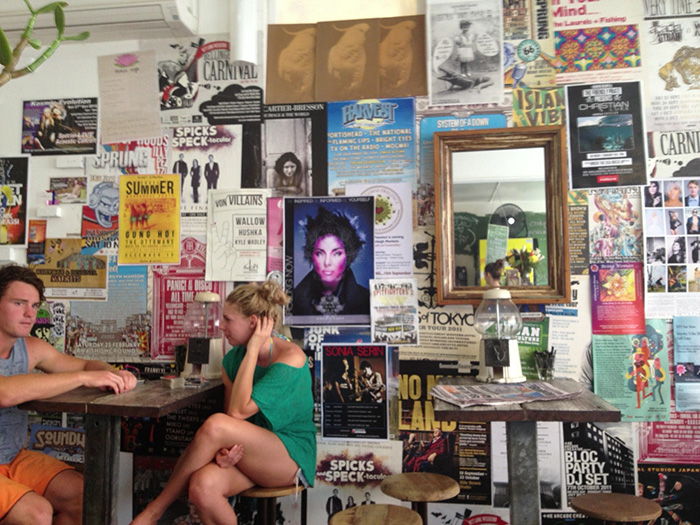 While for a quick take-away, there’s Nook Espresso just opposite Fish House on the beach at Burleigh. 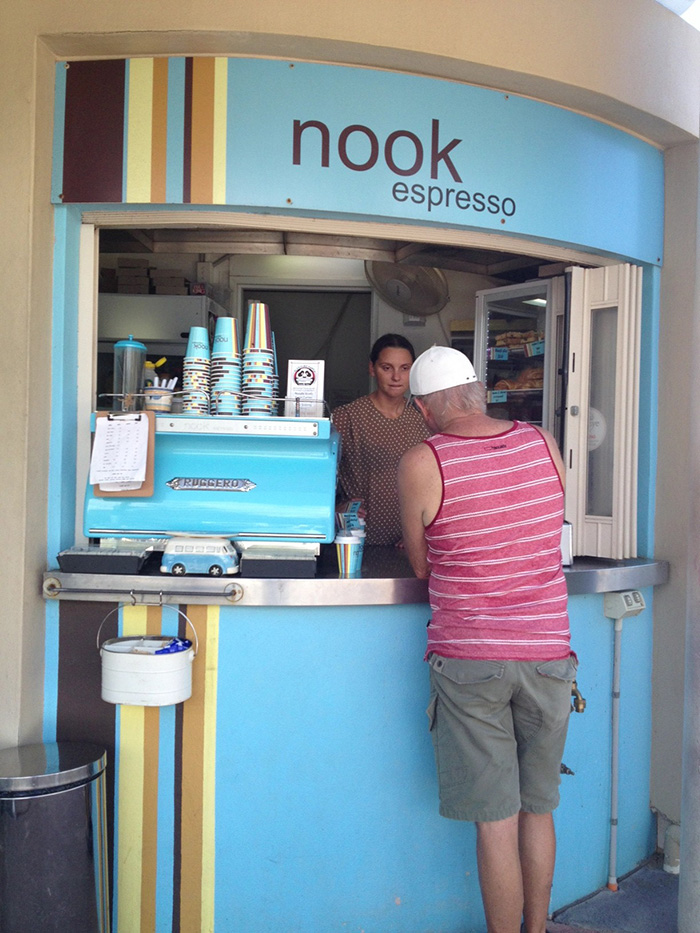 On Fifth Avenue at Palm Beach, My Giddy Aunt, opened five months ago: it’s terrific for breakfast and coffee and right next door to a sensational new tapas bar, Pablo Pablo Latin Wine Bar & Eatery, well worth checking out especially on a Sunday night when paella, sangria and music are on the menu. 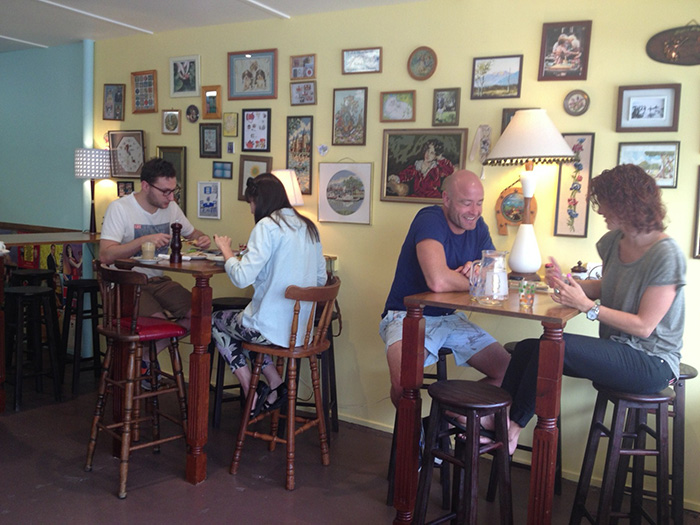 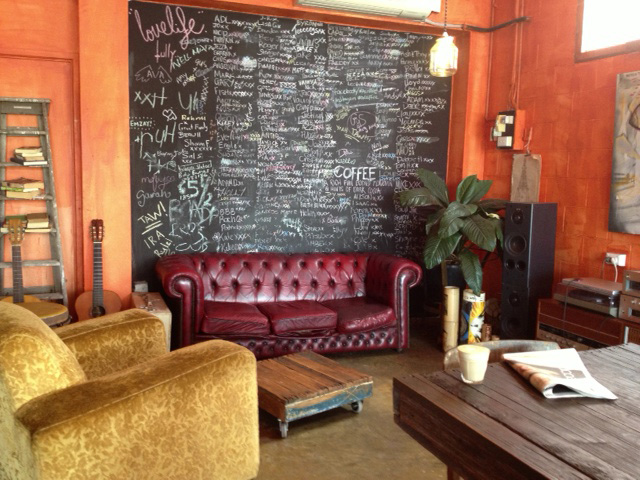 …without a white shoe in sight.