No doubt you’ve heard of Francesca Grillo?
Together with her sister Elisabetta, her name was in the headlines last year when charged with fraudulently using company credit cards while working as personal assistant to celebrity chef Nigella Lawson and her ex-husband Charles Saatchi.
On a recent trip during the festive season to Vanuatu, I stumbled across another Francesca Grillo, also connected with the world of food and cooking. 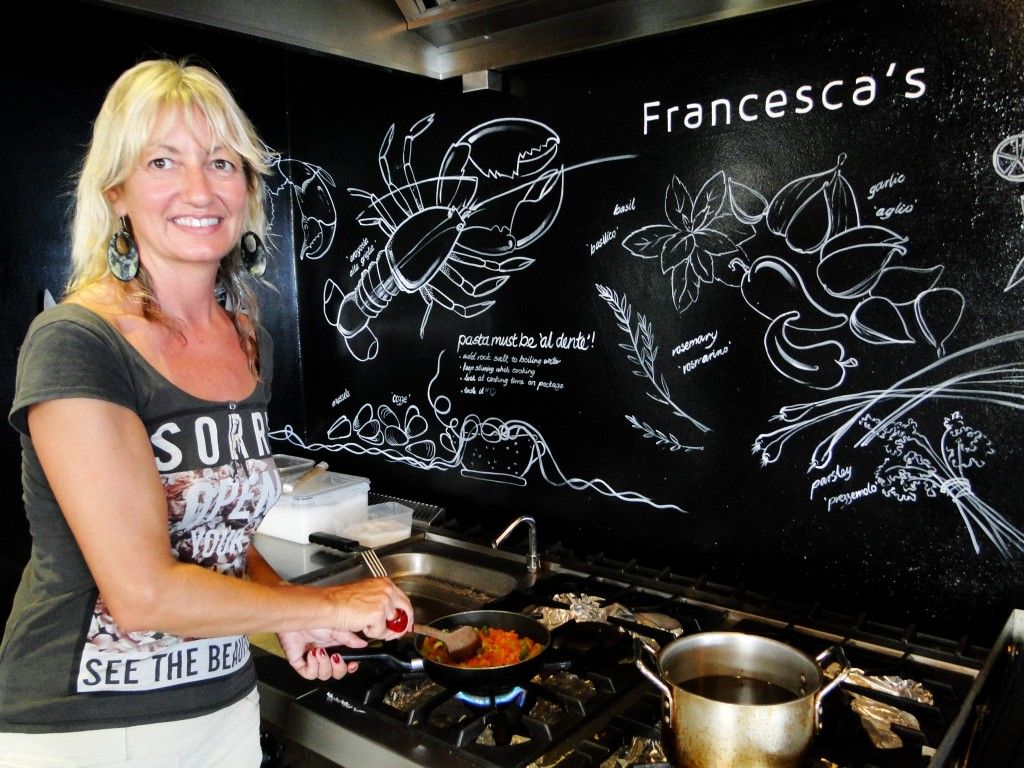 “I’m not that Francesca Grillo,” she said, laughing about the notoriety of her London-based namesake.
And nor does she work for the likes of wealthy people such as Nigella and Charles.
This Francesca is a self-starter, a multi-skilled woman who wears many hats  (including being a qualified barrister), but whose passion has always been cooking.
Originally from Bologna, Italy, she found her way to Vanuatu via London (where she worked at Lindoni’s, the famous Italian restaurant in Hastings St) and Noosa on the Queensland Sunshine Coast (where she developed the Noosa Food Trail and helped set up the Noosa Food Festival). 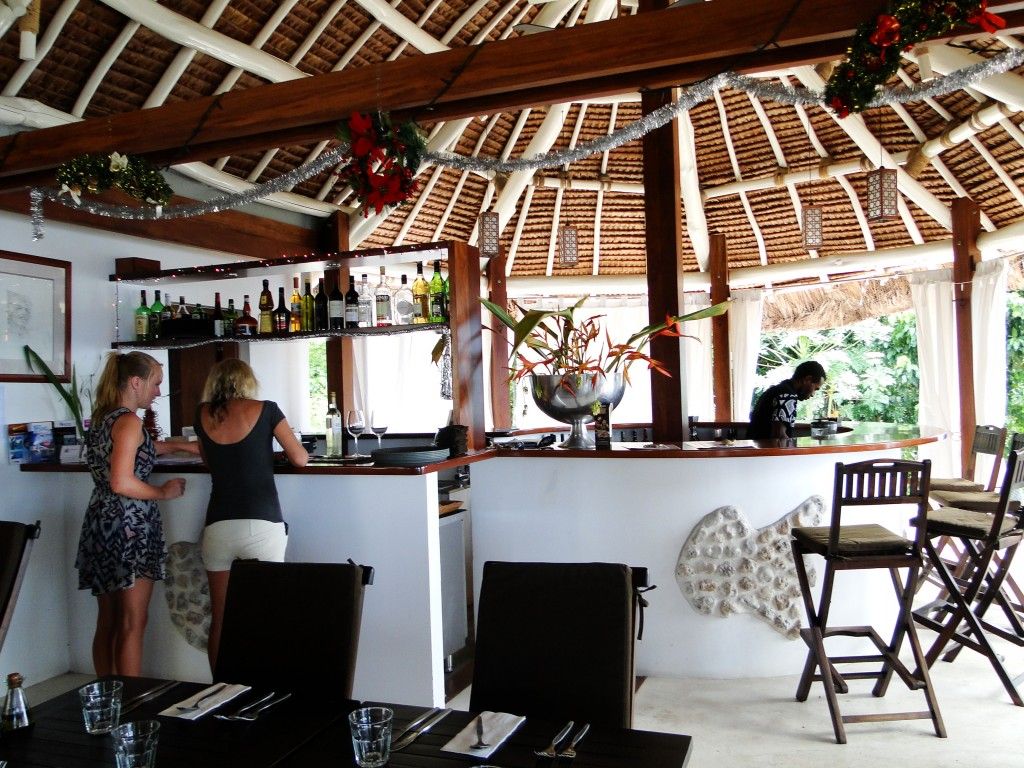 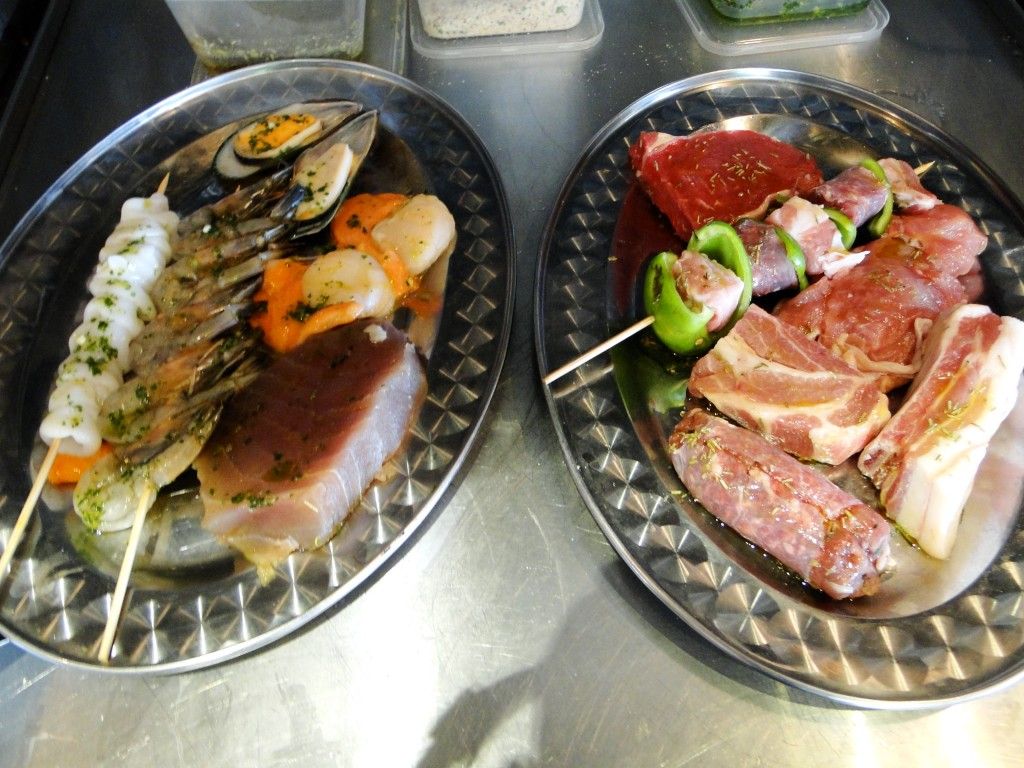 And the elegant restaurant, which opened late last year, is just the first stage in her dream – 14 bungalows are planned to complete the second stage of her Shanti Havannah project.
“I wanted to create a space where people could come and indulge in a very relaxing way, have a cooling swim, enjoy a few drinks at the bar or a massage and enjoy some beautiful food”, she says. 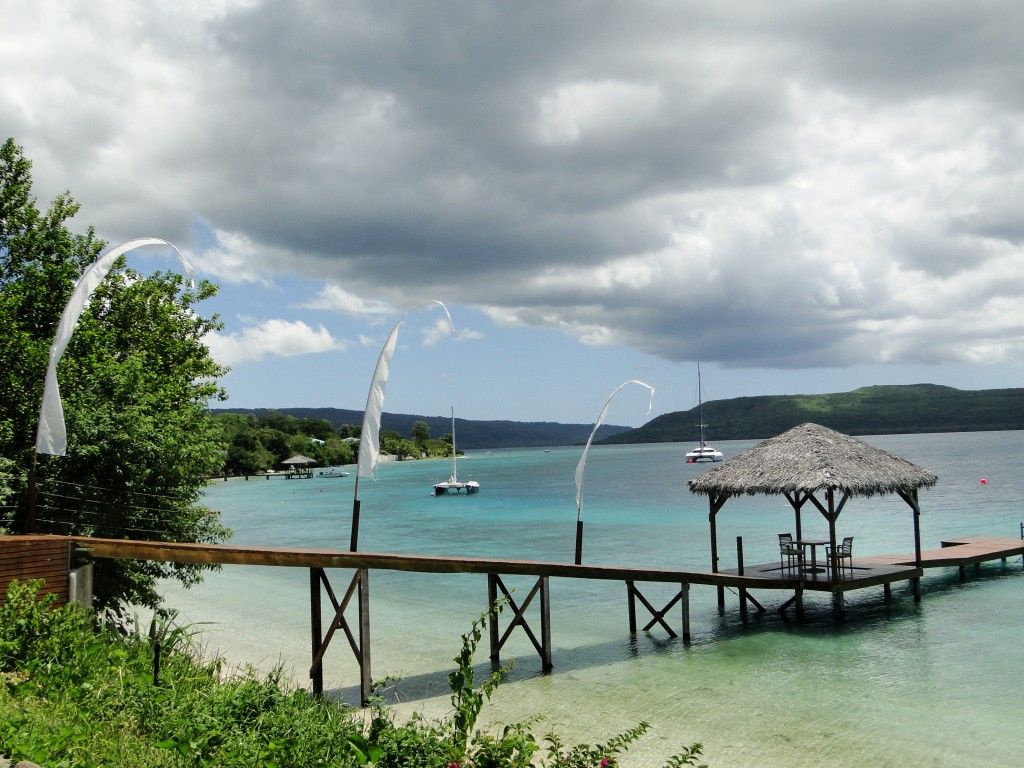 As the Lonely Planet points out, dining can be hit and miss in Vanuatu. “Pick a winner (sublime crab perhaps, or perfectly cooked organic steak), and you’ll remember it for months.  The rest? Forgotten in moments (apart from the cost).”
A visit to the fruit and flower markets in Port Vila is a must, and you will be able to sample local specialties there such as the national dish of laplap.  This is made by grating manioc, taro roots or yam into a paste, placing it on taro or wild spinach leaves soaked in coconut cream and then topping the doughy paste with pieces of fish, prawns, pork, beef, poultry or flying fox. Laplap leaves, similar to banana leaves, are wrapped around the doughy mix, tied up with pieces of vine and baked on a ground oven. 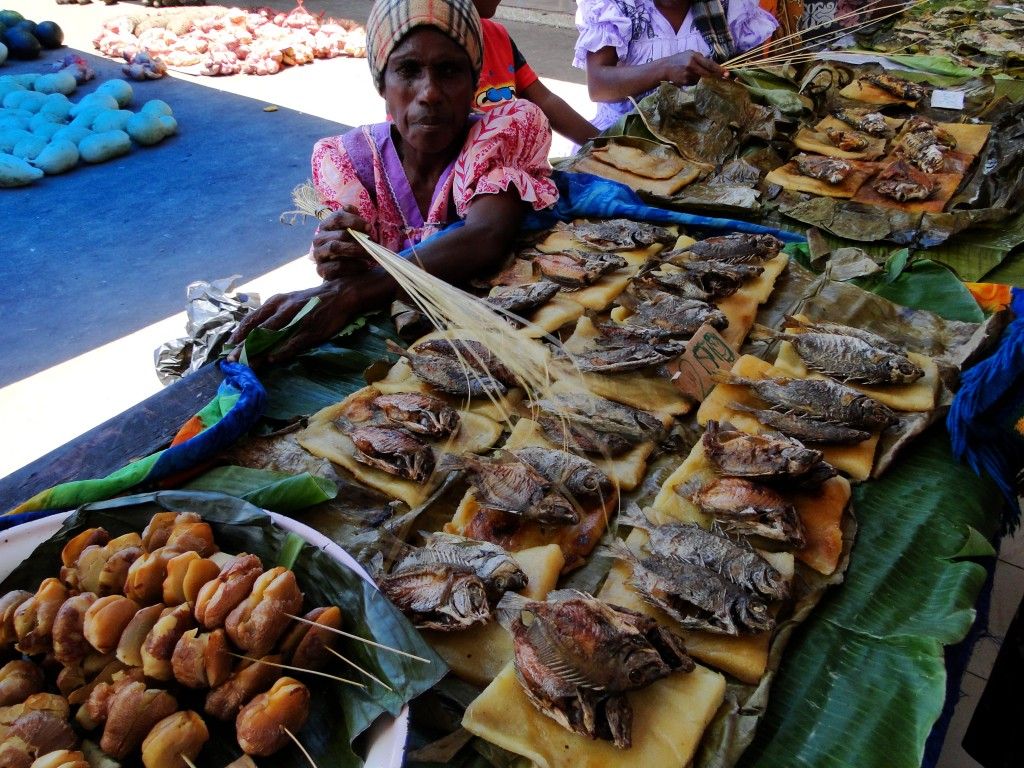 One Vanuatan specialty I did want to try – no, it wasn’t flying fox – was the coconut crab. Also known as the robber crab or palm thief it’s the biggest crustacean in the world, the largest of which weigh about 4kg and measure up to a metre in length. I saw a live one at the Secret Gardens, a rather disappointing flora, fauna and history museum at Mele. 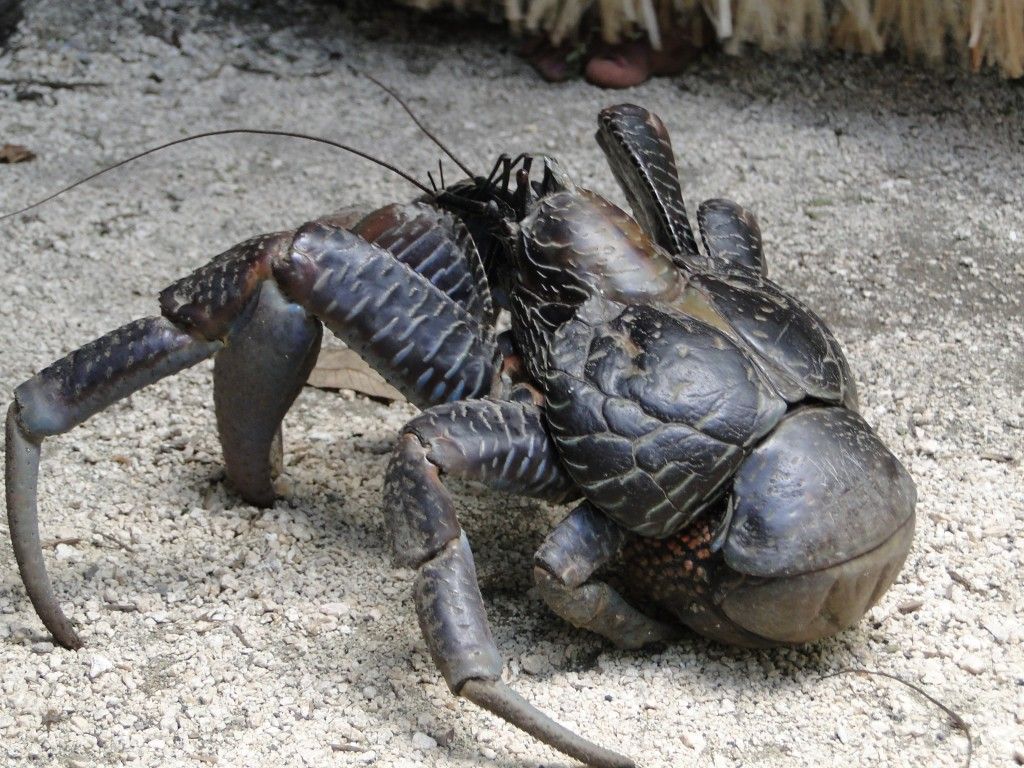 We were warned by the guide at the gardens not to go too close to its claws.  It looked ferocious – and why wouldn’t it? It spent its days locked in a cage.  Unfortunately there’s so much demand from tourists and Port Vila residents for this delicacy that it’s become a rarity on Efate and has to be sourced from one of the 82 other islands in Vanuatu . 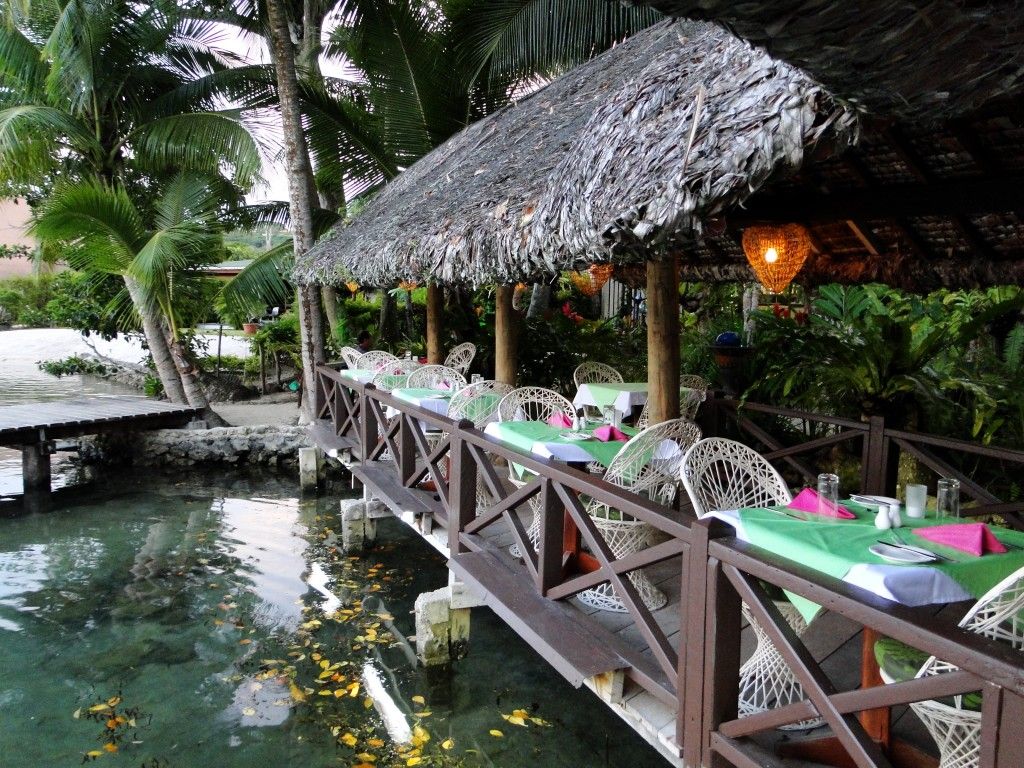 The only restaurant serving it while we were there was Vila Chaumieres just outside Port Vila.  Set on a lagoon, you enter the restaurant via a serpentine path set amidst a lush tropical garden.  A few bungalows for guests are hidden in amongst the foliage and the restaurant itself is suspended over the calm waters of the lagoon – local children sail past in roughly built pirogues and swing from the trees into the water. 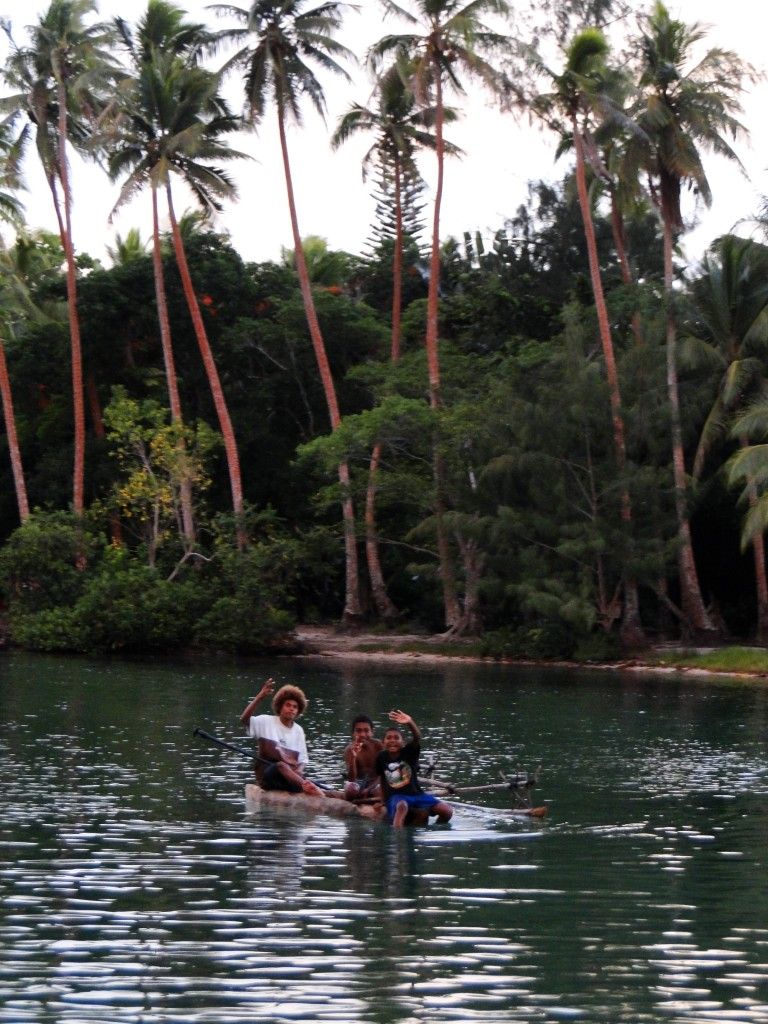 It’s famous for its delicious coconut flavour, though I suspect the flavour comes from the coconut milk or coconut cream in which it’s cooked.  I very much enjoyed mine but felt rather guilty about it afterward when I was told the crabs are threatened with extinction.
We spent Christmas day on Iririki island, an idyllic South Pacific island just ten minutes by ferry from Port Vila. 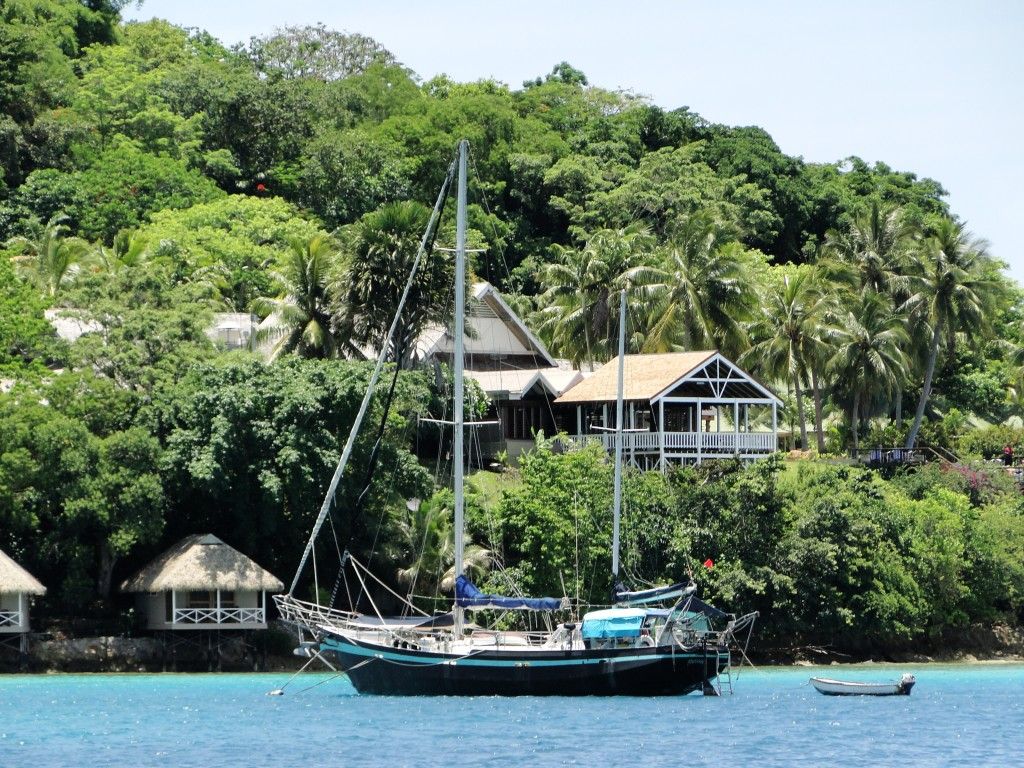 A lavish buffet lunch was served at Michener’s restaurant, named after James Michener who wrote Tales of the South Pacific while based on the northern island of Espiritu Santo during WW2. 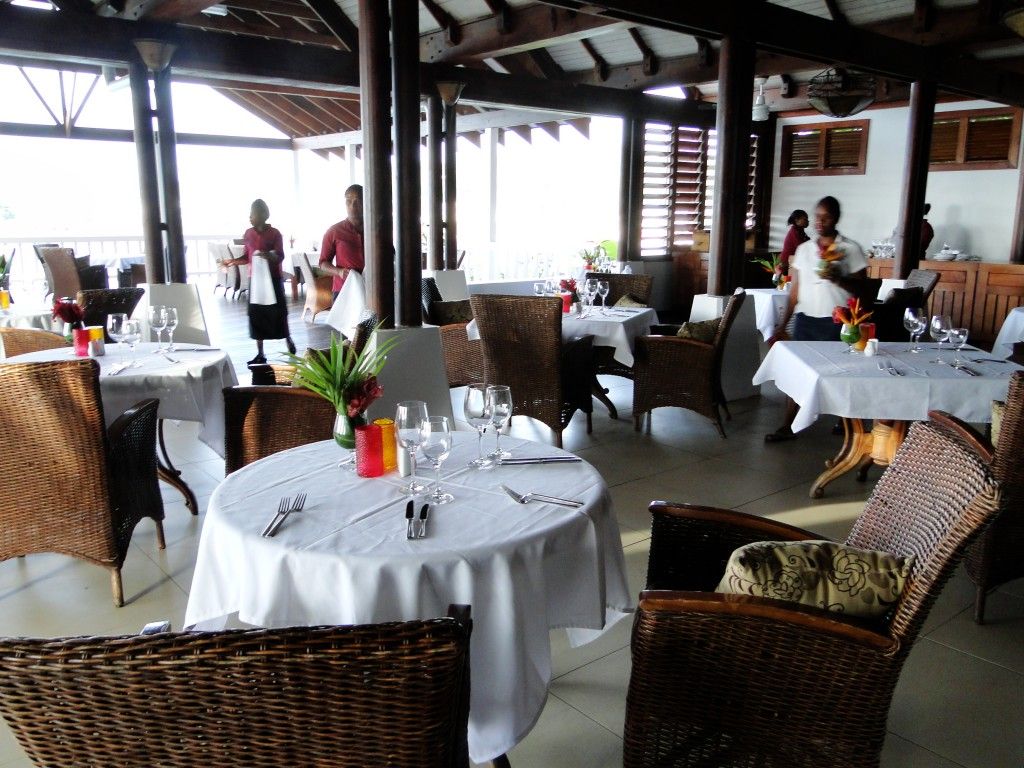 It was that book which inspired the popular musical, South Pacific, by Rodgers & Hammerstein, and from which the lovely tune, Some Enchanted Evening derives. And if you’re looking for somewhere enchanted, Francesca Grillo might be just the right person to help you as she is also involved in real estate and project developments in Vanuatu.
“I help people to build their dream homes in Vanuatu from design to finished house,” she told me.

3 Responses to Some Enchanted Evening…